A U.S. precision air strike in the desert of southeastern Syria has taken out Abu al-Umarayn, a senior ISIS leader... 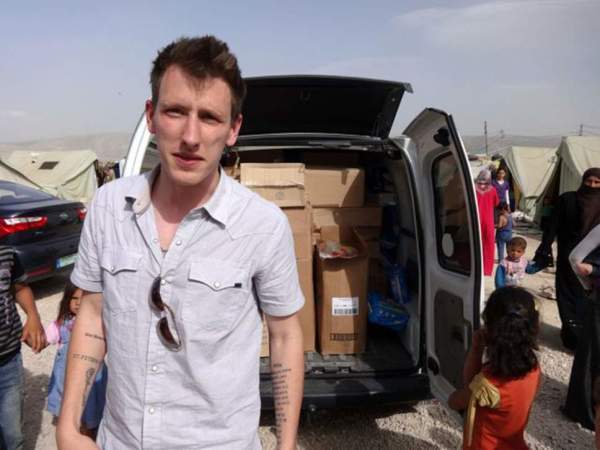 A U.S. precision air strike in the desert of southeastern Syria has taken out Abu al-Umarayn, a senior ISIS leader responsible for the 2014 murder of former Army Ranger Peter Kassig.

The strike was announced on Twitter by U.S. Envoy Brett McGurk, who said al-Umarayn was “responsible for the murder of several ISIS prisoners,” to include Kassig.

“Al Umarayn had given indications of posing an imminent threat to Coalition Forces and he was involved in the killing of American Citizen and former U.S. Army Ranger, Peter Kassig,” Ryan said.

“He has been linked to and directly involved with executing several other prisoners as a senior ISIS member. Coalition airstrikes continue to disrupt ISIS command and control on the battlefield as we remove key figures from their ranks.”

Kassig, 26, was working as an aid worker to provide medical support in Syria when we was abducted by ISIS in 2013. A trained EMT, Kassig had previously served with the 1st Battalion, 75th Ranger Regiment and had deployed to Iraq.

He was medically discharged from the Army in 2007, Military Times reported.

His kidnapping was not confirmed until he appeared at the end of another video released by ISIS in 2014, which showed the murder of aid worker Alan Henning before a masked ISIS executioner threatened a kneeling Kassig with death if the U.S.-led coalition did not stop its bombing campaign.

Kassig's parents, Ed and Paula, tried to appeal to his captors for their son's release in a video of their own. His father said that Peter had converted to Islam and had changed his name to Abdul-Rahman after he “grew to love and admire the Syrian people and felt at home there.”

“Our hearts ache for you to be granted your freedom so that we can hug you again and then set you free to continue the life you have chosen, the life of service to those in gravest,” he added.

Kassig was murdered in Nov. 2014, according to another ISIS video release. His actual beheading was not shown on video, leading some to suggest that he may have defied his captors and refused to cooperate in making a propaganda statement before his death.