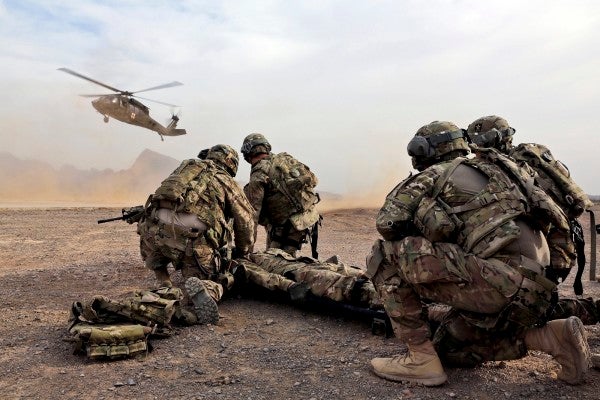 Team Rubicon, a veteran-run disaster response organization, is calling on state governors and members of Congress to allow former military medical personnel to be credentialed so they can help overburdened hospitals amidst the novel coronavirus (COVID-19) outbreak.

“There are hundreds of thousands of military veterans with extensive training and experience in emergency medicine yet there exists no pathway towards credentialing or applying these individuals in a time of domestic crisis,” reads the petition. “Our taxpayers have invested hundreds of billions of dollars to train these individuals as the world’s most nimble and effective problem solvers. Yet in this moment of need, we are keeping them on the sidelines.”

Hospitals across the country have struggled to keep up with the pandemic, which has soared to more than 1.4 million positive cases globally, with roughly 383,000 cases and 12,000 deaths in the United States alone.

“Over the last decade we have proven the value that military veterans can bring to crisis situations — now is the time to pull every lever we have to bring these trained men and women onto the front lines once again,” said Jake Wood, Team Rubicon's CEO and co-founder.

When asked about how the credentialing of former service members would work in practice, Wood told Task & Purpose that he's hoping state governors will exercise their powers as chief executive of the state to expedite the process.

To date, the petition sits at 2,576 signatures, far short of the 100,000 it needs to net in 30 days, though Wood insists that there's an interest among veterans to see it through.

“The initial reaction from veterans has been overwhelming,” said Wood, a former Marine Corps scout sniper and a veteran of the wars in Iraq and Afghanistan. “Many of them feel like they're standing on the sidelines helplessly watching this disaster unfold. This petition can provide a roadmap for them to get onto the field and help.”

In addition to the petition, Team Rubicon launched the Neighbors Helping Neighbors initiative, in which volunteers deliver food, run errands, and do other odds and ends as a way to help vulnerable and at-risk members of their communities who have been adversely impacted by shelter-in-place protocols.

The petition to credential veteran military medical providers can be found here.