​If you missed out on seeing ​They Shall Not Grow Old​ in theaters last year, you'll finally have a chance to correct that horrible, awful, just terribly bad mistake that you made. 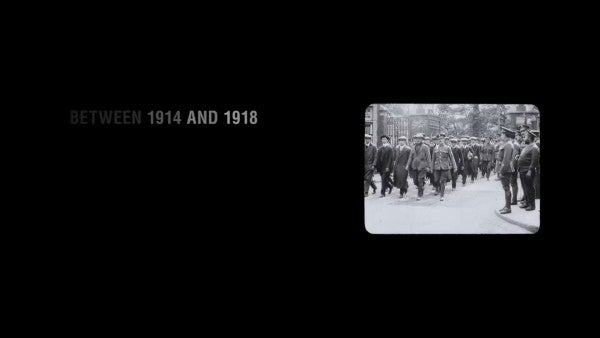 If you missed out on seeing They Shall Not Grow Old in theaters last year, you'll finally have a chance to correct that horrible, awful, just terribly bad mistake that you made.

For three days this winter, the World War I documentary from Academy-Award winning director Peter Jackson (Lord of the Rings, Pirates of the Caribbean) will be back on the big screen in 800 theaters across the country on Dec. 7, 17 and 18.

The critically acclaimed documentary offers a fresh look at how warfare may change, but the day-to-day of military life and the brutal realities of ground combat remain the same. The film follows British soldiers assigned to the Western Front between 1914 and 1918.

As Task & Purpose previously reported,They Shall Not Grow Old seamlessly weaves a narrative over century-old war footage, making that war, and the soldiers who fought in it, immediately relatable:

After watching the film during a special Dec. 27 release, for the first time I felt close to the men who lived, fought, and died in the trenches more than 100 years ago. The downrange dangers they faced may have been different than those shouldered by veterans of recent wars, but the way the soldiers coped and suffered alongside one another, how they grappled with disillusionment and a sense of disconnect when they returned home, and how they by turns processed and were changed by the hardships they endured will be immediately recognizable to anyone who served overseas or under fire…

Though the visual elements are stunning, it's the storytelling that makes They Shall Not Grow Old stand out. The film is structured in such a way that you feel like you're following a single unit over the course of the war, and without realizing it, you begin to assign voices to the faces on the screen. Nowhere is this more noticeable or poignant than during a major offensive when the soldiers charge out across no man's land under a creeping barrage of artillery fire. As they close on the German lines, enemy machine guns open fire. The screen goes black and we hear our narrators describe the sound, the sight, and the sensation of rounds ripping into bodies — their own and their friends.

The camera jumps to close-ups of the men we saw earlier in the film, then abruptly transitions to dead and mangled bodies.

This blend of cinematic storytelling and documentary film-making has a profound effect: You spent the entire movie getting to know these characters, and now they're dying in front of you.

They Shall Not Grow Old was four years in the making and was pieced together using more than 600 hours of recorded interviews with veterans of the war, who serve as your narrators throughout the film. More than 100 hours of black and white silent footage, provided to Jackson by the Imperial War Museum, were painstakingly remastered and then colorized.

Additionally, forensic lip readers were brought in to watch the old footage to figure out what was being discussed, and professional voice actors from the appropriate regions across the United Kingdom were brought in to dub over the silent film.

Tickets for They Shall Not Grow Old can be purchased online through Fathom Events. (The film will also be available in 3D at select locations.)

~popular_source-pageview
Entertainment
hell yes
movie
they shall not grow old