Was the Iraq War worth it? That’s the wrong question. It isn’t easy watching Iraq fall apart at the seams.... 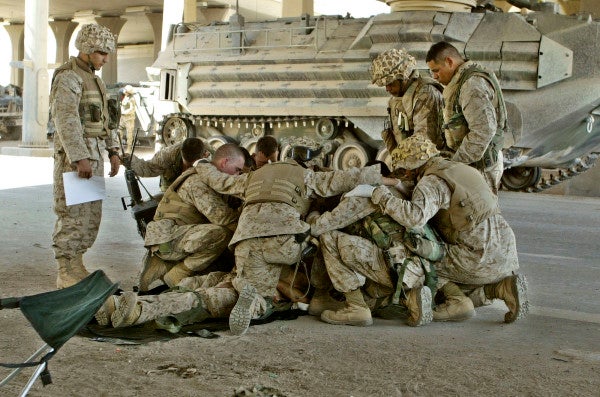 Was the Iraq War worth it? That’s the wrong question.

It isn’t easy watching Iraq fall apart at the seams.

For those who fought there and for those who lost loved ones there, it can feel as though it was for nothing. Understandably, many in our community are at best depressed, at worst angry. We are forced to ask what did our friends die for? It’s an impossible and haunting question, one that is best asked at the beginning of a war, not at its end.

Three months ago, I welcomed my son, Wolf Emmett Iscol, to this world. People say there is nothing like the love a parent has for a child. There isn’t, but it felt remarkably similar to the love I felt for the men I fought beside in Fallujah in 2004. Just as I would willingly do anything for my son, we few would and did do everything for each other.

John 15:13, “Greater love has no man than this, that a man lay down his life for his friends.”

Putting aside geopolitics, for veterans of the conflicts in Iraq and Afghanistan, our brothers and sisters gave their lives for one reason — so that we could live ours. In the thick of a fight, none of us are fighting for politics or flag; we fight for the man to our left and the man to our right. They died so that we may live.

And so the lives we build, the contributions we make, will ultimately decide the worthiness of their sacrifice.

That is a heavy load for all of us to carry. And it strikes to the very heart and mission of Hirepurpose and Task & Purpose.

This is the first time in American history that we have fought a protracted war with an all-volunteer force. At no other time have the majority of Americans been so insulated from the effects of war. Today, not only have fewer served, but fewer know someone who has served.

For some veterans this leads to an unhealthy sense of entitlement, and that is no way to honor the fallen. Rather, we should remain firm in our commitment to live bigger than ourselves. In business, politics, and other forms of public service in our communities and neighborhoods, our country desperately needs examples of service, selflessness, and citizenship.

If we few can provide that, and keep alive the ideals that our comrades fought and died for, then yes, they did die for something.

Zach Iscol is a combat-decorated Marine officer, Iraq veteran and entrepreneur, who served as the first officer-in-charge of Recruiting, Screening, Assessment, and Selection for the U.S. Marine Corps Forces Special Operations Command. He is the executive director of the Headstrong Project, and the founder and CEO of Hirepurpose.