We Didn’t Finish The Job In Iraq

As an Iraq War veteran, watching the events unfolding in Iraq over the last few weeks has been interesting to... 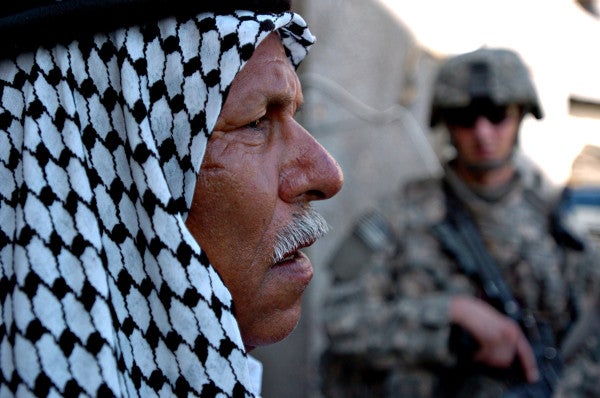 As an Iraq War veteran, watching the events unfolding in Iraq over the last few weeks has been interesting to say the least. There is the sense of total frustration that all of our sacrifices are being undone, that everything was for naught. There is the disgust at the fact that we had, in fact, accomplished our mission by 2008. The Sunni Triangle had been pacified. An elected government was in place. Iraq had a future. And then, through political malfeasance, sectarian tensions and general incompetence, we and the Iraqis have let that slip away.

As a former advisor to the Iraqi army, I can speak with some first-person knowledge on the performance of that military in the face of the Islamic State of Iraq and Syria threat now engulfing the nation. I was a member of a ten-man team assigned to train and fight with over five hundred Iraqis back in 2004-2005. We were one of the first iterations of our, then, new plan to train the Iraqis so that they could take over and fight the enemy. What I saw and experienced troubled me to the point that I felt I had to share the story, and published a book called “God Willing: My Wild Ride with The New Iraqi Army.” Unfortunately, I was and am but one voice among the cacophony of media and information that generated out of this conflict. In the end, no one read the book. Perhaps they should have.

The Iraqi army was inept, corrupt, and plagued by cultural challenges. The Shiites, in power for the first time with Saddam Hussein gone, wanted to push the Sunni soldiers out of the way. The officers bribed their way into positions of power. The regular soldiers had no loyalty to their country and merely signed up because it was the only job in town.

I came to some disconcerting conclusions. One, the Iraqis were in no way prepared to defend themselves effectively. Some of them were eager to learn, and in time, developed some sound operational skills. But it would take many years for the Iraqi army to become a truly professional fighting force.

This led to another, broader conclusion: The Iraqis as a people were not ready to govern themselves. They would have to be guided down that path to true self rule. The nation-building mission that we had been given could be done, but it could only be done if we put in the time. This was a long-term, generational goal. It could not and would not happen over a short span of a few years.

The bottom line: Regardless of whether you thought we should have invaded in the first place, once we were there, we should have stayed until the job of building a free and prosperous ally was done.

We did not do that and the current situation seems to be a direct result of a rush to wash our hands of the entire region. I cannot help but think that if the American public were more engaged, we would not be in this predicament. Americans seem to lack the will to do what needs to be done. We are more concerned with the latest American Idol or celebrity gossip than we are about the raging fires that are spreading throughout the world in Syria, Ukraine, Nigeria, Libya, and Iraq. We want to pull inward. It is safer to close our eyes. It is easier to forget than to confront the world’s challenges.

This is a mistake.

I watch the news alongside my fellow veterans, and we all are ready to go back, to fight again, to sacrifice one more time for our nation and our fellow Americans. But, we also know it didn’t have to be this way.

It doesn’t have to be this way.