Nobody Expects The Iraqi Inquisition

It hasn’t been a great week in the world, so I’ve gone on a rant. Recently, insurgents overran a couple... 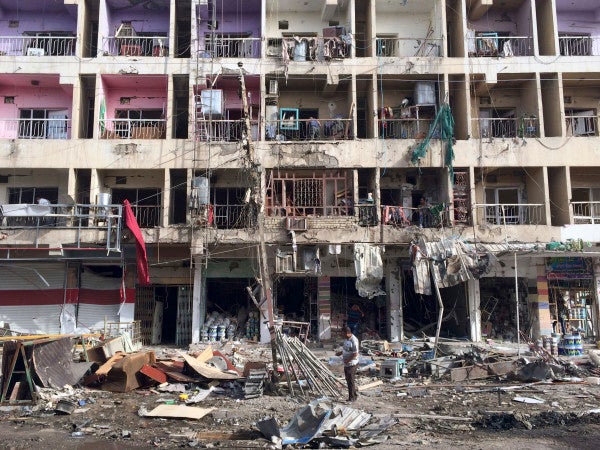 It hasn’t been a great week in the world, so I’ve gone on a rant.

Recently, insurgents overran a couple of key cities in Iraq, a country near and dear to my heart.

My first thought was a quote from Monty Python: “Nobody expects the Spanish Inquisition!” The plot synopsis, for those who have not seen this classic gem of British comedy, is one where the general incompetence of the cardinal is readily apparent. In the most wonderful part of it, a British couple is repeatedly subjected to reintroducing the inquisitors after the cardinal continually bumbles his opening lines of intimidation.

And the joke really, of course, is that everyone expected the Spanish Inquisition, or should have. It was, after all, a set of progressive decrees, which continued to get worse. If anyone had just looked at the evidence as a compilation of actions that would inevitably lead to a greater outcome…

Oh wait. This is exactly the same thing. The only difference is that both the Islamic State of Iraq and Syria, a Sunni jihadist group commonly referred to as ISIS, and the Iraqi security forces (assorted flavors) are both the cardinal and his men in terms of idiocy, predictability, and general incompetence. And we are all the poor saps who have to say over and over again in the opening bit that we didn’t expect such a thing so they can try again, and then be subjected to the ultimate reality that the entire thing is just a shtick — only our real situation is way less funny than tying a proper British lady to a dish rack.

If we didn’t see this coming, we had our heads in the sand. Every single person who has deployed to Iraq, especially those who worked with any form of the Iraqi security forces, saw the absurdities, and the government was no help. I got to see both, and watched with interest as the Iraqi government got more and more crazy and the forces got more and more incompetent.

A personal favorite story of mine is from a time when some Iraqi police rolled up to the scene of a recent kidnapping and murder without a body bag and asked us for one. No, buddy, you’ll have to explain to your command why you rolled up the guy in a flower-patterned quilt that you borrowed from the owner of the house where we found the victim and then left his wallet sitting on the ground because you can’t seem to figure out core competencies like “crime scenes” or “investigations.”

No, no one saw this coming at all. Not with stellar work like that.

From my time in The Great Jihad, Part Deux (as I like to call OIF), I remember the Wolf Brigade, which was a group of elite Iraqi army soldiers traveling around to the worst areas to help normalize the region and back up the local forces. They were actually good guys, sharp guys, who listened well and could conduct business. Funny thing, though, I never understood why more units never caught on and become like this one.

So what is it? Why the incompetence? The Iraqis are fighting a civil war, plus dealing with counterterrorism elements thrown in for good measure. They got training, and they have shown the capability to accomplish various missions. They could do this if they tried, really tried.

Of course, government officials would have to get behind these forces and stop their own political infighting, religious and otherwise, to focus on the problem. Prime Minister Nouri al-Maliki’s cabinet would have to understand that there is a problem, though hopefully they do now.

Iran, which can only benefit from this because it gives the country an excuse to back up the Shi’a who are now being pushed out again, needs to butt out and let the country stand on its own feet and make decisions about who its allies are.

We as a world population need to better understand the problems in the region and how they have only given rise to improving ISIS’s position in Syria and Iraq, instead of just swinging our hammer around and shouting really loud about how democracy is the answer.

Are these problems insurmountable? Not really, not when you break them down. Together, they are a bear, sure, but so are things like exponents until you realize they are just multiplications over and over.

Plus, we have some precedent, right? We have not only other wars, but our recent indicators. We have Syria. We have Sudan. We have Somalia. We have plenty of hotbeds where the government forces were not strong enough to keep back insurgent and terrorist occupations because of general incompetence or just a simple lack of reality. And these, of course, were what some of us call indicators, with Syria the penultimate situation to what we have now. There were the visible indicators that there was worse to come. There were public notices that things were about to get real.

So why did nobody expect the Iraqi inquisition?