The family of Spc. Vanessa Guillén is supportive of a new memorial gate at Fort Hood named for the slain soldier 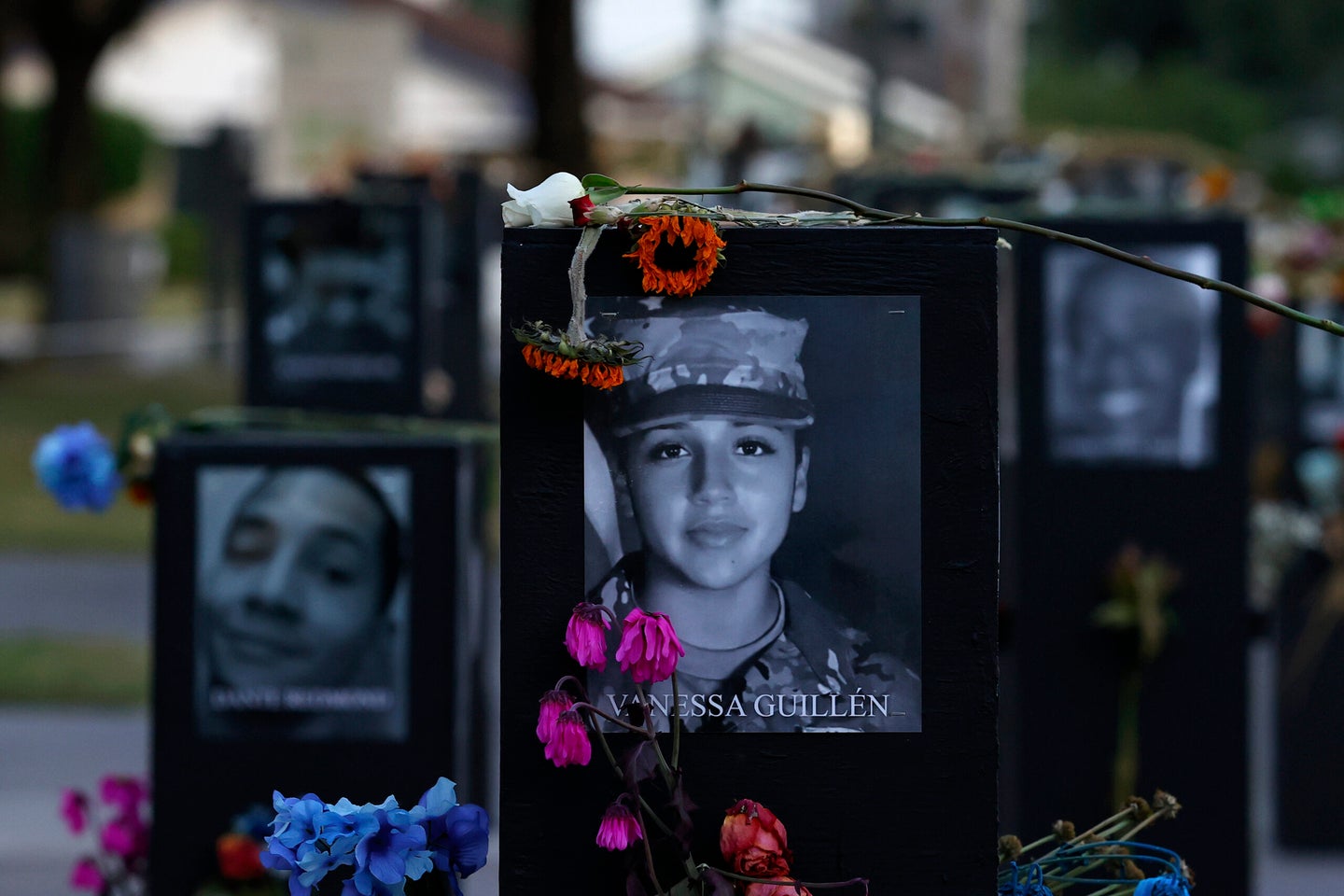 The family of Spc. Vanessa Guillén is supportive of a new memorial gate at Fort Hood named for the slain soldier, their attorney said during a press conference on Tuesday.

Natalie Khawam said that Guillén’s family is beginning to see the changes they’ve called for at Fort Hood implemented and are hopeful that the installation’s command is making “great strides … to make sure that this never happens again.”

“Believe me when I say I can tell a ploy when I see one and when I smell one, and no one can act this long no matter how good they are,” Khawam said. “This command sincerely wants to change the climate at Fort Hood and … we appreciate that.”

The Guilléns met with Fort Hood leadership on Tuesday, including installation commander Lt. Gen. Pat White, who was deployed to Iraq at the time of Guillén’s murder in April. Khawam said it was the family’s first time meeting with him and that he “displayed not just his sympathy but his emotions” during their meeting.

Efflandt was the acting Fort Hood commander at the time of Guillén’s death as White was deployed and was slated to take command of the 1st Armored Division at Fort Bliss.

That move was delayed as a result of the many investigations launched into Fort Hood leadership, and while senior Army leadership maintained that the delay was nothing out of the ordinary, an Army official told Task & Purpose at the time that “it’s not a good sign” for Efflandt’s career.

White and Richardson recently met with the family to discuss a memorial gate that Fort Hood plans to name after Guillén. In a press release on Tuesday, White said that the soldier’s slaying was “a catalyst for us to implement action to improve trust, discipline, and teamwork across our formations.”

White did not pinpoint specifics aside from reiterating an Army-wide “people first” initiative that’s currently pushing the force to prioritize and improve communication with soldiers and families.

“A memorial gate in honor of Vanessa – a proud Texan – will serve as a reminder to take care of each other and inspire the next generation of Soldiers and the surrounding community,” White said.

While the news of the gate was immediately criticized for being a superficial attempt at making amends for the brutal slaying of an innocent soldier, Khawam told Task & Purpose that the family thought the gate “was beautiful.”

“The gate is symbolic of Vanessa,” Khawam said. “It’s not going to change what happened and it sure isn’t going to bring her back, but it will be a reminder to everyone that her death not only changed Ft. Hood, but it gave our soldiers voices that they never had before.”

The memorial will be erected across the street from where protests took place during the search for Guillén, Khawam said on Tuesday, featuring a photo of Guillén along with a dedication that includes information about her.

During Tuesday’s press conference, Guillén’s sister Mayra said that the gate “means a lot to us” because it means the command “listened to us.”

Of the number of investigations into Guillén’s death and Fort Hood the Army has initiated, one has recently wrapped up: Elizabeth Chamberlain, an Army spokeswoman, told Task & Purpose that Army leaders are “in receipt” of the findings of a civilian panel’s review of command climate at Fort Hood.

“We expect to make further announcements on the report’s findings and recommendations, and the Army’s plan to address them, in the near future,” she said.

Meanwhile, Gen. John “Mike” Murray, the commander of Army Futures Command in Austin, is currently at Fort Hood conducting an investigation into the installation’s chain of command. Khawam said on Tuesday that she spoke with his team and they told her they’d interviewed “about 180 people so far.”

Though Khawam said on Tuesday that the family is confident in how Fort Hood’s command is moving forward and making changes, they are still pushing lawmakers to make the #IAmVanessaGuillen bill — which would place the investigation and prosecution of sexual misconduct in the military with a third-party group, and take it outside the chain of command — the law of the land.

Khawam told Task & Purpose that without the legislation, “soldiers have no rights and protections.” But ultimately, she said on Tuesday, the family is ready to work with Fort Hood and is moving towards closure over the soldier’s slaying.

Update: This story has been updated to include images of the memorial gate provided by Fort Hood.