“Everything that happens, happens on the land … That’s where the problems exist." 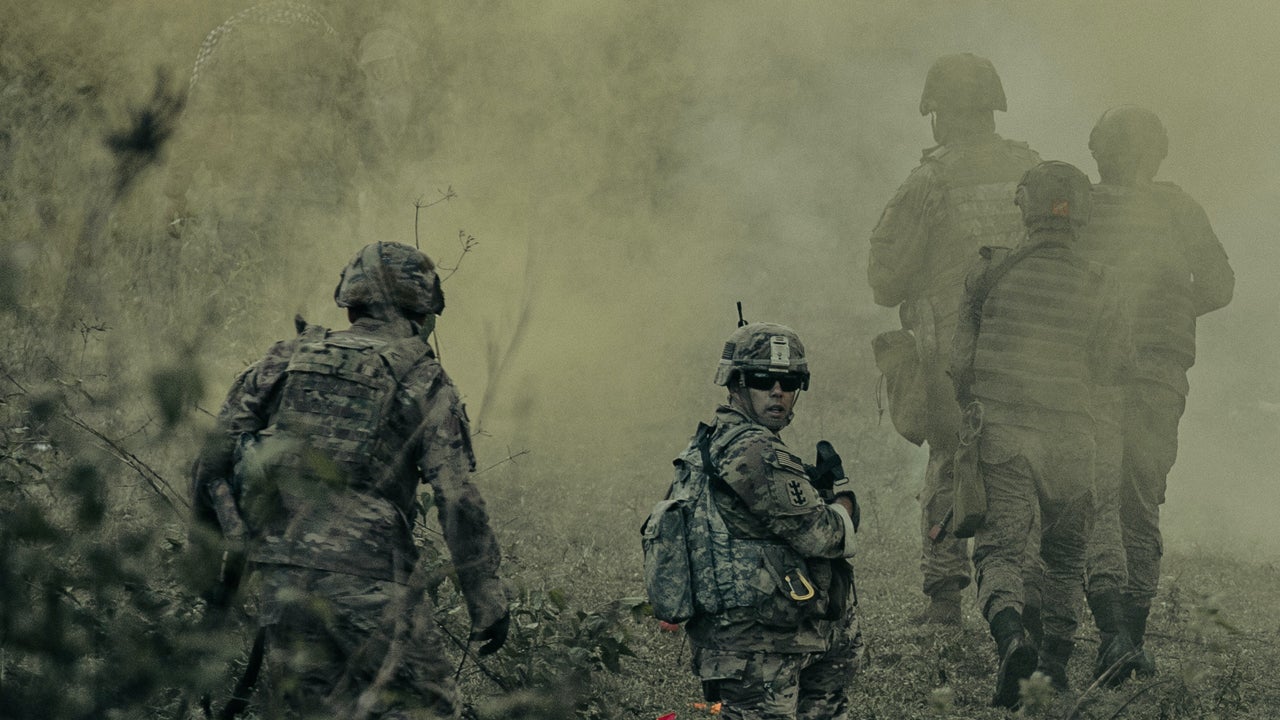 U.S. Army Soldiers and Philippine Army Soldiers rush through the cover of a smoke grenade during a combined live fire exercise in support of Salaknib at Colonel Ernesto Rabina Air Base in Philippines, March 22, 2022. (Spc. Joshua Oller/U.S. Army).
SHARE

The Army has no intention of being left out of a potential conflict with China that many believe will rely heavily on the Navy and Marine Corps.

At an Army conference in Hawaii this week, leaders are discussing threats in the Indo-Pacific region, and what a future fight with China could look like. And to Lt. Gen. Xavier Brunson, commander of I Corps, the Army will be a crucial piece of that fight.

I Corps is based at Joint Base Lewis-McChord, Washington, and oversees more than 40,000 soldiers in the 7th Infantry Division and U.S. Army Alaska, as well as the 25th Infantry Division in Hawaii. It focuses primarily on the Indo-Pacific region, and when deployed, commands “all branches of service — Army, Navy, Air Force, and Marines — as well as international forces,” according to its website.

In the Pacific, there’s no shortage of challenges for the U.S. Aside from the sheer physical size of the region stretching across the world’s largest ocean, key adversaries including North Korea, China, Russia, and violent extremist organizations are operating there “every day,” the Pentagon has said, which is a “direct challenge” to the Indo-Pacific Command. China has continued encroaching on disputed international territory as it conducts military exercises and fires missiles in what is seen as a clear message to the U.S. All of this is in addition to other significant concerns including climate change, natural disasters, and rapid population growth.

And according to Brunson, the vast majority of the problems that are arising will happen where the Army operates: On land.

“Everything that happens, happens on the land … That’s where the problems exist, that’s where nations have food insecurity, where coastlines are being lost, where people are looking for affordable housing, where we train at, where we have our capitals at,” Brunson said. “Everything is in the land domain.”

Brunson spoke with Task & Purpose after a panel at the Association of the U.S. Army’s LANPAC symposium, which started on Tuesday. The panel discussed the role of land forces in deterring China, which has become a critical focus across the Defense Department over the last several years. And while typically people may think of conflict in the Indo-Pacific region as something more for the Navy and Marine Corps, Brunson said the Army makes “vital” contributions to the joint force that will be crucial in a fight against China.

Brunson pointed to several capabilities the Army can provide that others cannot, such as providing an extensive logistics train — an essential part of any conflict, as has been proven in Russia’s disastrous invasion of Ukraine. The Army is also working to bring long-range precision fires to the force, which is the Army’s top modernization priority, and a capability that “doesn’t exist yet in other services,” Brunson said. (Air Force Gen. Timothy Ray, commander of the Air Force Global Strike Command, said last year that the Army’s plan to base long-range missiles in the Pacific was “stupid” and expensive.)

But Brunson also pointed to the Army’s command and control capabilities, saying that because of the sheer size of the force, the Army will be better prepared than its sister services.

“If you look at the size of a corps headquarters, and you look at the size of a [Marine Expeditionary Force] headquarters — not to draw a distinction between two services because it’s not a rivalry thing — but in the joint force, our headquarters are larger,” he said. “By virtue of us being larger, we can operate in a distributed fashion. That distributed fashion allows us to spread to where we need to be, not to solely where we have to be.”

In preparation for potential conflicts down the road, the Army has changed how it trains junior officers with an emphasis on Russia and China. And while it didn’t take too much effort to start building Russia into lessons at the Maneuver Captain’s Career Course at Fort Benning, Georgia, the same couldn’t be said for China.

The course had never gone in-depth on China’s military, what it looks like, how it fights, and what Army officers will need to know. Officials are reprogramming that portion of the course to prepare future leaders better.

That kind of focus is encouraging to Brunson, he said, particularly because he is concerned about the development of Army experts in the Pacific. The Army has had a large presence in Europe, and therefore more people are familiar with it; when he was a lieutenant, Brunson said, people were doing “multiple, multiple tours” through the region.

But there haven’t yet been those kinds of “repetitive assignments” in the Indo-Pacific region, he said — and having a last presence makes a huge difference. Brunson said one thing he thinks about is finding ways not to be “episodic,” but to ensure there’s “some continuity of operations,” especially when it comes to working with other partner nations.

“Our ability to message the things that we’re doing along with our partners is great, but our will to be there is going to help us achieve our goal of no war,” he said. “That’s the goal: No war.”

And while that might be the goal, one thing is for sure: If that war does come, the Army doesn’t plan to take a back seat.