Why Reading Never Stops Being A Part Of Your Military Education

Editor’s Note: A version of this post originally appeared on the blog, From The Green Notebook. Imagine if someone told... 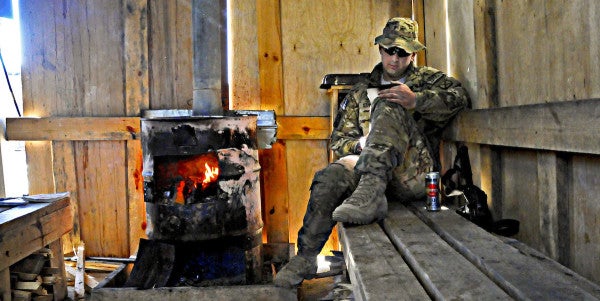 Editor’s Note: A version of this post originally appeared on the blog, From The Green Notebook.

Imagine if someone told you that a year from today, you would be required to take a test in which every wrong answer resulted in the loss of a human life. How would you approach studying for the test? Would you study for 20–30 minutes every night or would you wait until a week before the test and start cramming? You’re probably saying that this is a no brainer, and that you would spend a year studying in small increments so that you get a 100% and nobody dies. While the logic is clear cut in this scenario, it is lost on many leaders in their professional military careers.

Many go their entire careers without dedicating time to the study of war and warfare. Let’s be honest, the military places little extrinsic value on self-study. We don’t get rewarded on our evaluation reports for spending time on our own self-development. Some leaders even go 20 years without reading a single book outside of professional military education, and boast that they still made brigade command.

The problem is that as time marches forward, we run the risk of the professor walking through the door and handing us the test when we least expect it. The test is a practical exercise called “war.” If we aren’t prepared, the results can be devastating. This doesn’t have to be the case, and I’ve learned three truths about self-study that I hope motivate you to start preparing now before your own test.

1. There is a cumulative value to investing small amounts of time in self-study over a long period of time.

Most of us in the military have gone through seasons where our fitness levels dropped. You come back from a deployment and your Army physical fitness test score looks abysmal compared to where it was 12 months earlier. After the first workout, there’s no change. After a few weeks of consistently working out, you begin to see an overall improvement in running ability or workout times. It’s not the effect of one workout that aids in our improvement, but the cumulative effect of multiple workouts that impact our overall level of fitness.

The study of war is no different. I remember after the first year of consistent reading, I was like a walking Google. I wasn’t great on the specific details, but I knew which book to find the passage to which I was referring. After my second year, I began making connections. I would encounter a problem at work, and my solution would be informed by the vicarious experiences or theories I gained through reading. Eventually, after a steady effort, I started developing my own ideas that were a combination of knowledge captured from several books, articles, as well as reflections from my own experiences. None of this happened over night or from reading a couple of books, but through a consistent investment of small chunks of time into the habit of self-study.

Every time I’ve watched Lt. Gen. H.R. McMaster speak, I hear folks in the audience talk about how smart he is, and how he is going to missed when he retires. Yes, he is intelligent, but he’s also been a student of war for 31 years. If you actually dissect his speeches, they are an amalgamation of thought spanning human history. I’ve heard him reference Thucydides’ “The History of the Peloponnesian War,” Clausewitz’ “On War,” the works of Sir Michael Howard, and Jonathan House’s “Combined Arms Warfare in the Twentieth Century,” just to name a few. His ideas and actions are the result of a cumulative investment in self-study. When we study the lives of successful war-time generals, they all share a common thread: they spent their entire careers preparing their minds.

2. Neglect also has a cumulative effect.

You can skip a workout and not fail the your fitness test, but start consistently skipping workouts over a month or a couple of months, and now you have a problem. This idea plays out in other areas of life as well. Most of the marriages I have watched dissolve were the result of one or both partners neglecting the relationship over a period of years, and by the time they realized it, they were in dire straits — it was too late. Neglecting our own self-development can have equally damaging results.

Unfortunately, many in the military do not invest small amounts of time throughout their careers in self-study. They perform well as platoon leaders, company commanders, and battalion commanders. None of these responsibilities require much in the way of self-study. Eventually, they reach a level in which an understanding of war that goes beyond a couple years of professional military education is required, and they don’t possess it. This is where “winging it” takes over, resulting in lives lost, time wasted, and resources depleted.

3. You cannot make up for lost time.

Out of all the commodities we are given in life, this is the only one we can’t get back. Once time has passed, it’s gone forever. It doesn’t do a colonel with 24 years of Army service any good to look back on his and wish he’d read more when he was younger. Many start cramming, but by then, you cannot make up for lost time.

One of my favorite passages from Charles Edward White’s “The Enlightened Soldier” is taken from a conversation in which a commander laments to his chief of staff, in the midst of battle, that he wishes he would have prepared his mind for war. It occurs during one of the Prussian campaigns against Napoleon in 1813. And it illustrates this point of time lost:

Gneisenau (The Chief of Staff), if only I had learned something, what might have been made of me! But I put off everything that I should have learned.

Instead of studying, I had given myself to gambling, drink, and women. I have hunted and perpetrated all sorts of foolish pranks. And that’s why I don’t know anything now. Yes, the other way I would have been a different kind of fellow. Believe me, something could have been made out of me.

One thing you pick up very quickly from the study of war is that the need to use the military instrument of power usually captures us by surprise. None of us know if or when we will be called upon to lead formations in battle. That is why time is so critical. All of us owe it to our nation and those we lead to begin a consistent practice of self-study. Start today. Pick up a book or grab an article from a professional journal and spend 30 minutes a night reading. Finish it, and then move on to the next one, and don’t stop. Don’t let the professor catch you unprepared.