To fight partisan division and polarization, the DoD should consider changing the channel. 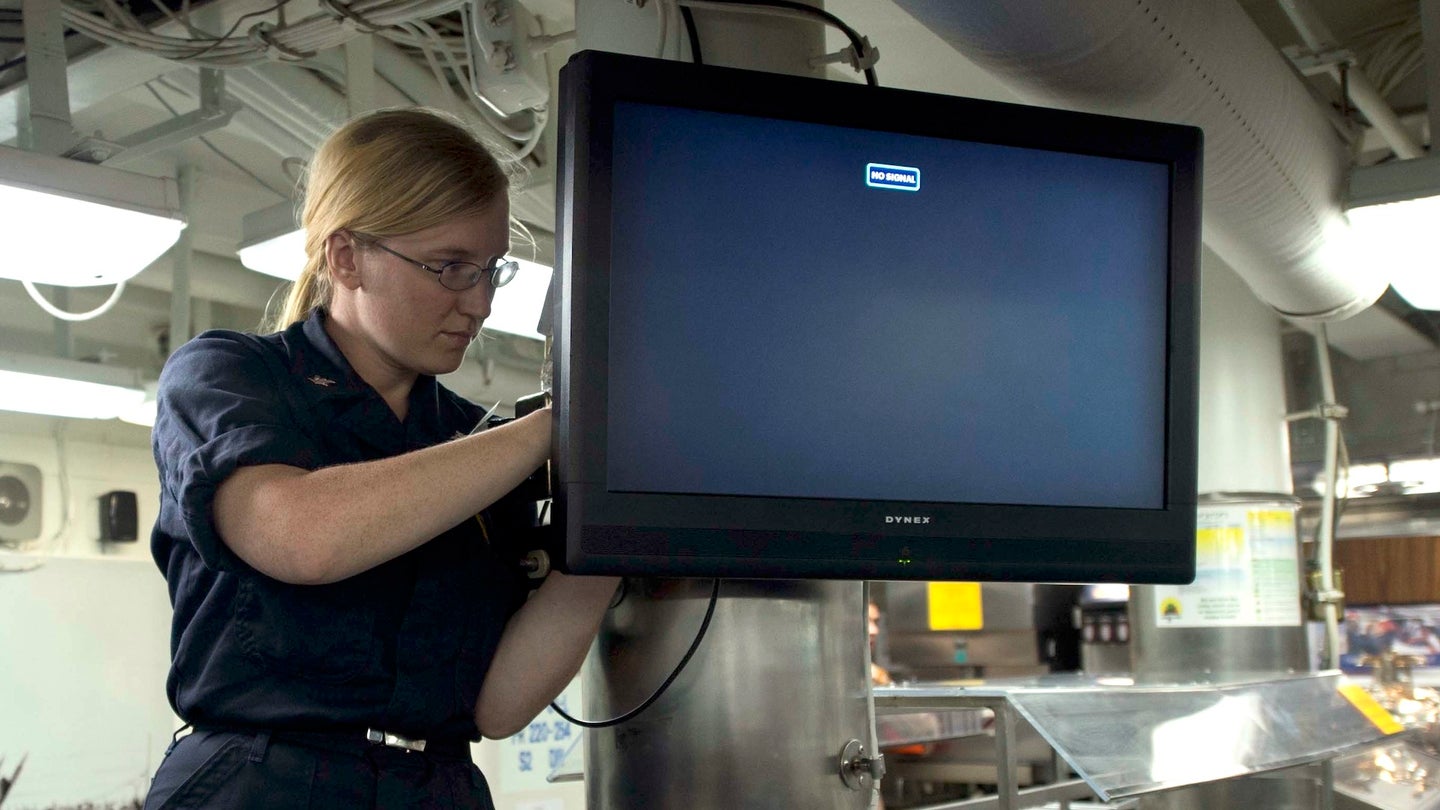 Last month, 13 former Secretaries of Defense and chairmen of the Joint Chiefs of Staff collaborated on an unprecedented open letter warning of the dangers of increased political polarization and division within the ranks of the U.S. military. These senior leaders proposed a list of laudable actions that could make a difference. The letter lists 16 “core principles and best practices” for healthy civilian-military relations, critical steps to protect and preserve our system of civilian control over the military and prevent partisan division and polarization from undermining it. Unfortunately, these proposed plans are complicated and will take time to fully implement — time that is in short supply.

There is, however, one simple step that could immediately reduce the polarization and division that is impacting our military: the Defense Department should stop showing cable news programs on U.S. military bases and installations, at home and abroad.

From Pentagon offices to dining facilities at home and on overseas bases, in military hospitals and aboard warships, televisions are a near-ubiquitous presence throughout the U.S. military. They are found in spaces both large and small, viewed by a relative few people or by hundreds at a time. The Armed Forces Network, which has served radio and broadcast programming to members of the military and their families serving overseas since the 1940s, is a fixture of many installation TV sets and frequently broadcasts programming from Fox News and MSNBC, programming that has led to some complaints from viewers in the past.

There are several reasons why the ubiquity of cable news on military installations must come to an end beyond a handful of frustrated viewers. First, nowhere is the polarization and division that currently afflicts American civil society more evident than in the daily slugfests that constitute the majority of cable news programming. These programs prioritize partisanship and derisiveness over truthful discussion of the facts and have increasingly done so in recent years. Paid analysts and guests—including veterans and those still in uniform— frequently mislead viewers, and the disinformation continues when programming touches on the ongoing military operations of the U.S. and our allied partners. Fox News is the worst offender, with its star hosts actively promoting talking points of our adversaries. However, no matter what channel, there is no reason that military leaders should be facilitating the spread of partisanship and disinformation within the rank-and-file.

Next, the military must make every effort to maintain its nonpartisan status. When every cable news network has become identified with partisan political positions, particularly with their intermixing of straight news with opinion commentary and punditry, the mere presence of these shows on a military television (rightly or wrongly) implies that the views on the screen are endorsed by those in the office. Unit cohesion may be weakened as service members divide by partisan lines, simply by what’s on the television during work hours, since it’s unlikely that those with opposing views – especially those junior in rank – will feel able to object now or in the future. This is concerning enough for most enlisted and officers, but the flaunting of open partisanship — even if unintended — is inexcusable for senior leadership and must end immediately.

The Defense Department and the military services routinely remind service members of the restrictions on political activities, particularly during election years; those principles should apply to the programs shown on military televisions, and computer screens, during working hours on military installations.

Finally, the television sets in offices and common areas are government resources paid for with taxpayer dollars. Taxpayers are paying for the base and post televisions, the subscription fees to the cable networks, and even the salaries of those who are watching the sets during their workday. There is no reason why taxpayers should be footing the bill for the spread of polarization and disinformation on military bases. The only reasonable exception to this prohibition on cable news would be for those offices, such as public affairs, where monitoring the news is part of their official duties. Even in those offices, care should be taken to avoid any type of perceived political bent. (For PA offices that don’t have a “quad screen” showing four channels at once, as I had in the Pentagon several years ago, they should regularly rotate the news stations they monitor throughout the day.)

For those who might express concerns over these restrictions and how they relate to the principles of free speech enshrined in the First Amendment of the U.S. Constitution, there are limitations to their rights that members of the military agree to when they volunteer to serve. As the open letter from the former senior military leaders notes, “Members of the military accept limits on the public expression of their private views — limits that would be unconstitutional if imposed on other citizens. Military and civilian leaders must be diligent about keeping the military separate from partisan political activity.” Moderating the content consumed by military personnel on government equipment falls within that concern.

The fact remains that televisions on military installations do serve a morale and welfare purpose, especially in common areas, so they should not be disconnected entirely. But there are hundreds of channels that provide non-political programming, from sports to cooking shows to home remodeling. Service members won’t always agree on which sports to watch, or which teams to root for, but a disagreement over those doesn’t contribute to political divisiveness.

It’s important to note that the proposed set of restrictions is not intended to dictate which news channels service members or others on military installations watch or discourage them from staying abreast of important news. Service members, civilian employees, and their families are, of course, free to watch whatever news programs they choose during their off-duty hours and on non-government devices. However, the military should not use government resources in ways that may be contributing to the political polarization our senior-most leaders warned against.

For decades, service members have argued — and will continue to — over Alabama vs Georgia, Army-Navy, or baseball over soccer, or a host of other non-political, non-partisan topics. That is to be expected and accepted. But we shouldn’t accept tacitly endorsing partisan political views by the choice of cable news shown on taxpayer-funded televisions on our bases, stations, and posts.

David Lapan is a strategic communication and media relations consultant.  His career in public service spans more than three decades, with service in the U.S. Departments of Defense and Homeland Security. Lapan is a retired Marine colonel, with more than 30 years of military service and 22 years of communications/public affairs experience at the highest levels of the Defense Department.