Reefer recruits: Why the US military must change its stance on marijuana

Candidates of legal consumption age get interrogated more strictly for their use of bud than their use of Budweiser. 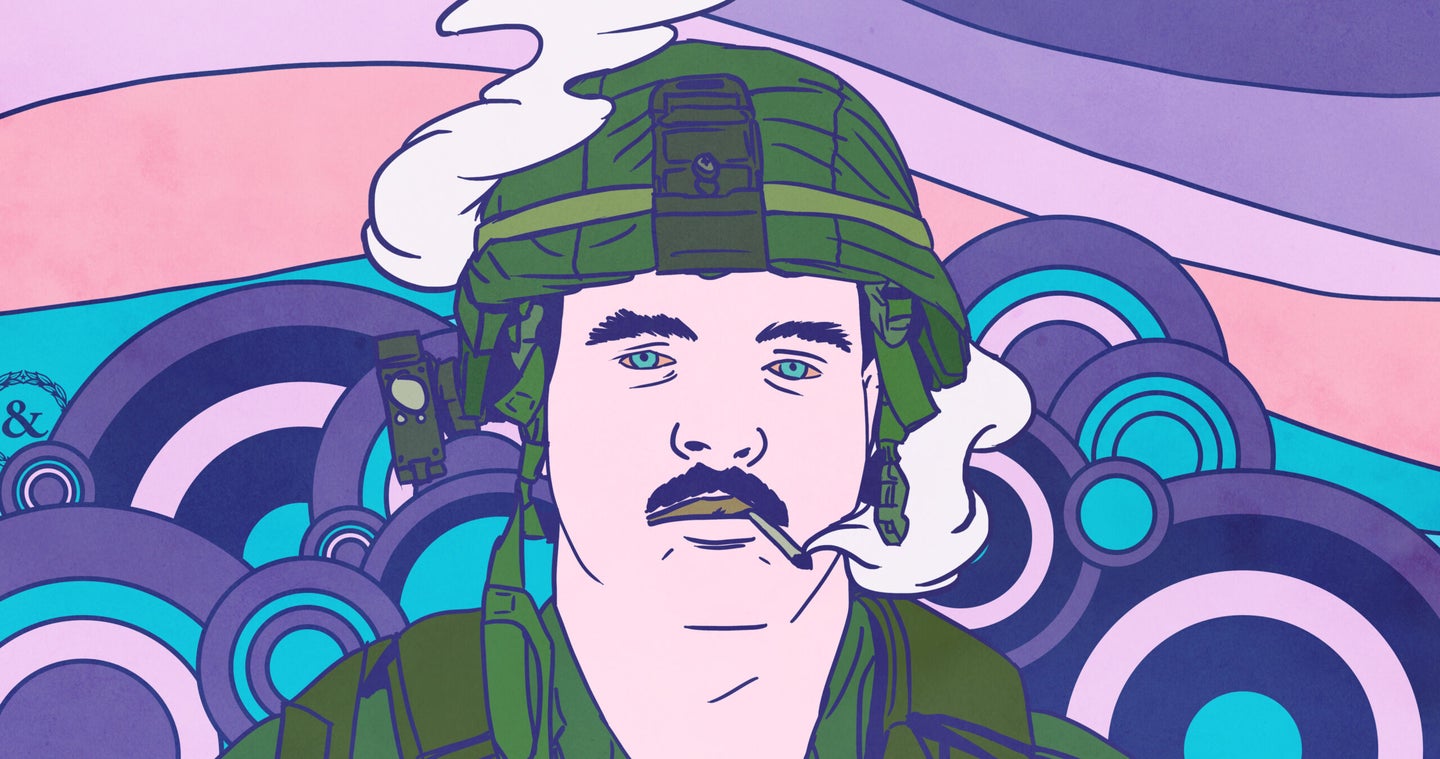 The U.S. military is facing a major crisis in terms of personnel and readiness. The pool of candidates willing and able to don the uniform is actively shrinking; fewer than 30% of Americans between ages 18-24 are even qualified to join the military without a waiver, and the Army, specifically, is roughly 50% behind on its recruiting goal so far this year. So with a shrinking pool of volunteers, the military needs to consider adjusting some outdated entry standards: in particular, those relating to cannabis use.

Potential barriers for applicants are numerous. Things that can prevent a person from joining the military include certain tattoos, physical fitness, medical limitations, criminal records, and a history of drug use. While all military branches have adjusted some entry standards, a significant number of potential recruits are still being kept out because of their past drug use.

For decades, honest recruiters have had to tell applicants they are ineligible for service due to their relationship with marijuana use. And while there do exist waivers for those who have danced with Mary Jane, their viability depends on the amount of use, whether it was for medical or recreational purposes, and the logistical needs of the military branch in question.

According to one Army recruiter I spoke with who wished to remain anonymous, the delay can range from three months to two years for an applicant to be deemed “clean enough” (i.e., will not fail a urinalysis test) to continue their service application. According to this recruiter, to salvage an applicant with a history of drug use, recruiters must coach the applicant on how to answer questions before they’re asked about marijuana use. But does this standard make sense in present times, when weed is legal in some form or fashion in more than two-thirds of all states?

Recruiting numbers increased in the early years of America’s Global War on Terrorism, but between 2020 and 2022 alone, we have seen a global pandemic, an unsteady job market, fewer known enemies to fight, vaccine mandates that have proven controversial among some, and the chaotic exit from America’s longest war, all of which have made it harder for recruiters to do their jobs. (On top of all that, the U.S. population growth has been steadily declining since the 1990s.)

Between the aforementioned prior drug use issues, tattoos, education, criminal history, physical and mental health limitations, finding a qualified candidate is just damn hard. All these roadblocks are there for a reason, but some of them should be reevaluated through a modern lens. So while this author does not advocate for hardcore addicts, felons or those in poor shape to join the ranks, some outdated rules need to be re-examined.

For example, 93.28% of Americans between 19 and 25 have had some level of access to legalized marijuana and as of 2022, 30% of 18–34-year olds have admitted to smoking marijuana, which necessitates an administrative waiver for entry into the Armed Forces.

Furthermore, a conviction for marijuana possession or a failed drug test during the military entrance process would block nearly one-third of 18-year-olds who have claimed to have used marijuana at least once during the past year. Denying or limiting an already depleted pool of willing applicants entry into the Armed Services based on previous marijuana use — to include legal marijuana use — is asinine and detrimental to America’s long-term national security posture. This is particularly true when examining the double standard applied to alcohol.

Recruiters don’t ask applicants under age 21 questions about their alcohol consumption unless it’s tied to a criminal conviction. They do, however, ask questions about marijuana use, regardless of age. In states where recreational marijuana is permitted, the legal age is 21 for use. This is a blatant double standard when applicants of any age are asked questions about weed use regardless of the legality in their state. Candidates of legal consumption age for both substances get interrogated more strictly for their use of bud than their use of Budweiser.

America’s all-volunteer military force is facing a significant challenge in maintaining sufficient personnel levels to protect the homeland and project power abroad. The problem of finding qualified military candidates to serve will continue to be more difficult in the foreseeable future without changes to qualifications. Current military entry standards mean 22% of the 19-29-year-old population will require a waiver for drug use alone and a significant wait time to join a military already failing to meet recruitment goals. Maintaining current marijuana use standards, at best, creates unnecessary wait times, discouraging candidates from enlisting while a growing civilian job market proliferates. At worst, it eliminates tens of millions of prime candidates.

The standard needs a fresh evaluation; can the military find its way out of the weeds and open the door to qualified reefer recruits?

Schyler Peck is an active-duty Senior NCO with 17+ years in the Air Force. He is currently a First Sergeant who has served in numerous operational and support units. He has an A.A. in Human Resource Management, a B.A. in Intelligence and is six weeks away from completing a Master’s in Public Administration, Law and Public Policy. The views here are those of the author alone and do not represent the positions of the U.S. Air Force, the Department of Defense, or any part of the U.S. government.