‘Warfighter’ Is Not The Best Way To Define Service Members

Sometime in the mid 2000s, a strange new word started to get popular: “warfighter.” It catapulted out of obscurity from... 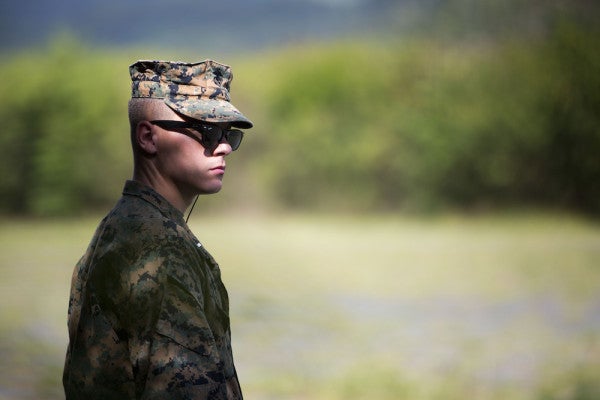 Sometime in the mid 2000s, a strange new word started to get popular: “warfighter.” It catapulted out of obscurity from the military, quickly becoming the de facto label for all active-duty and reserve personnel. This word is seriously misleading; it presents the exact opposite of military reality at a time when Americans need to be questioning our role in global security more than ever before.

People in the military used to be called by the names of the branch. Someone would actually list out each group in the Department of Defense, like this: soldiers, sailors, airmen, and Marines. Occasionally the Coast Guardsmen would even got a slot in there, too, until we booted them over to Homeland Security (sad face).

At some point, that list became too hard for politicians and policymakers to remember — there are four names, after all — so people started playing around with “servicemen.” That was an easy one, since it covers all the bases, and has been used since the early 1900s.

We’re in the 2000s now, though. “Servicemen” is out of date, so the phrase would have to expand to “servicemen and servicewomen” or “service members.” Both of these are unacceptable; they’re too dry, too boring. Not badass enough.

The solution arrived when someone binged on YouTube videos of old recruiting commercials or watched “Top Gun” too many times in a row. He (or she) birthed the term “warfighter,” which quickly took root in all the government circles and is spreading slowly into conventional media as well.

“Warfighter” is perfect. It’s dripping in red, white, and blue at a time when the military has never been more popular, or more lionized.

I hate it. “Warfighter” is the rhetorical equivalent of a “Support the troops” bumper sticker or an American flag lapel pin. It reduces the complexity and ambiguity of modern national security, dragging it back to an imagined era of good wars, bad guys, and clear-cut victory. It’s hard not to hear the phrase and picture a G.I Joe lookalike waving an American flag.

Using “warfighter” destroys our capacity for reason at a time when it’s desperately needed. With strategic flops in Iraq and Afghanistan, it’s clear that the U.S. needs to take another stab at the national security paradigm. We should be thinking objectively about how to stabilize the international system, promote free enterprise, and share that burden across the full range of our allies. We need a clear strategy that Americans understand, but as well as our friends and, most importantly, our actual or potential enemies. Take Gen. James Mattis’ “Grand Strategy”, for instance.

Reducing troops to “warfighters” even in name does the exact opposite by fostering sloppy patriotism. This language harkens back to the sort of flag-waving retardation that helps us lurch into half-baked campaigns against Saddam Hussein, the Islamic State, and .

If “war” means traditional maneuver warfare, American troops do less of that than at almost any other time in our long history. We have tens of thousands of troops overseas engaged in partnered operations, foreign internal defense training, reconnaissance missions, narcotrafficking interdictions, and more. We probably have fewer than 5,000 people anywhere near direct combat as you’re reading this.

Some people may argue that it’s aspirational, saying that war is the sine qua non of military service, so of course people in the military should be called “warfighters.” Horse shit.

Serving in America’s professional volunteer military means being a part of the most dominant military is world history. No one can stand toe to toe with us. The purpose of our military, whether people like it or not, is to be the world’s bully. It’s street justice on a global scale.

We are the strongest out there by a huge margin. Everyone needs to step in line when we are stomping around. American military power makes people scared, and our troops are (or could quickly) be anywhere. That threat is actually the strongest possible deterrent against war that could exist.

Look at places where we are less dominant, Southeast Asia for example. Military spending there is blowing up because all the little countries around China have to hedge their bets. They aren’t as confident that we can just smash our way in there like could anywhere else. That’s part of what this “rebalancing” to the Pacific is all about; peace through strength.

And that’s why I hate the word warfighter. It’s a mouth-breather level understanding of national security and foreign policy, and it needs to go. America’s soldiers, sailors, airmen, and Marines prevent more wars than any other institution on the planet. A lasting peace and prosperity are the true legacies of our military, not cigar-chomping forays into an endless supply of stupid conflicts.