Some people keep things they shouldn’t in their refrigerators, like those restaurant leftovers they’re never going to reheat, or that... 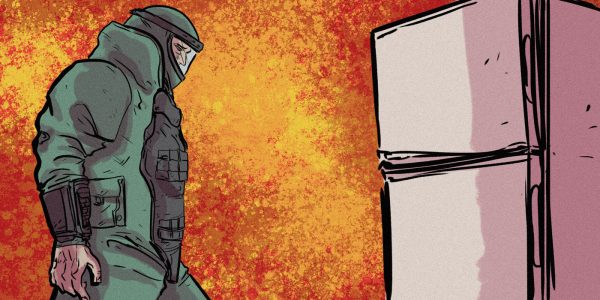 Some people keep things they shouldn’t in their refrigerators, like those restaurant leftovers they’re never going to reheat, or that jar of pimento olives that nobody wants. But a 91-year-old resident of the Tappan Zee Manor Nursing Home in Nyack, New York, kept something far more sinister in his: Two grenades.

Local police received a tip about a suspicious device inside the nursing home on Feb. 24, and a thorough search yielded the discovery of one training hand grenade and one metal grenade, both of which seemed to police to date from World War II.

The nursing home was evacuated shortly after police made the discovery, and the county bomb squad collected the grenades for analysis. Police also swept the resident’s car, but found no additional devices.

“Thankfully both hand grenades were inert,” wrote the Clarkstown Police Department on their Facebook page.