Screenwriter and director Jason Hall, who authored the script for Clint Eastwood’s American Sniper, has been tapped to write and... 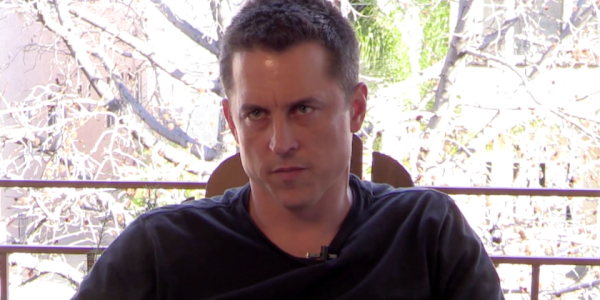 Screenwriter and director Jason Hall, who authored the script for Clint Eastwood’s American Sniper, has been tapped to write and direct the first big-budget Hollywood film to focus on the origin story of George Washington.

Entitled The Virginian, Deadline reports that Hall intends to give audiences a less romantic version of Washington’s rise from orphaned son of a Virginia plantation owner to first president of the United States than what Americans usually see depicted in popular culture.

In fact, The Virginian is being described as Last of the Mohicans meets There Will Be Blood, a gritty coming-of-age that depicts Washington as “a rough man driven by extreme ambition in a violent frontier,” according to Deadline. Will there be a scene of a young Washington chopping down a cherry tree? Probably not.

Hall was nominated for an Oscar for his American Sniper script, which told the story of real-life Navy SEAL Chris Kyle, one of the deadliest snipers in U.S. military history, who was murdered in cold blood by a fellow veteran after serving four tours in Iraq.

Hall’s directorial debut, Thank You For Your Service, a movie about soldiers struggling with post-traumatic stress disorder after a grueling deployment to Iraq, hits theaters on October 27. Hall also wrote the screenplay for that film, an adaption of a nonfiction book by David Finkel starring Haley Bennett and Miles Teller.

“I have been a fan of Jason’s writing for a long time and was impressed with his talent as a director when I saw Thank You For Your Service,” Donald De Line, whose company, De Line Pictures, is producing The Virginian, told Deadline. “He has a singular vision for The Virginian that takes the story to unexpected and provocative places.”

One of those “provocative places” could be Washington’s record of keeping slaves. By the end of his life, Washington personally owned 123 enslaved individuals. He freed them all in his will when he died in 1799, making him the only one of the country’s founding fathers to do so. President Donald Trump recently pointed to the fact that Washington owned slaves to defend the preservation of statues of Confederate generals, including Robert E. Lee.

There is no release date yet for The Virginian.