I don't want to hear one more word about it. 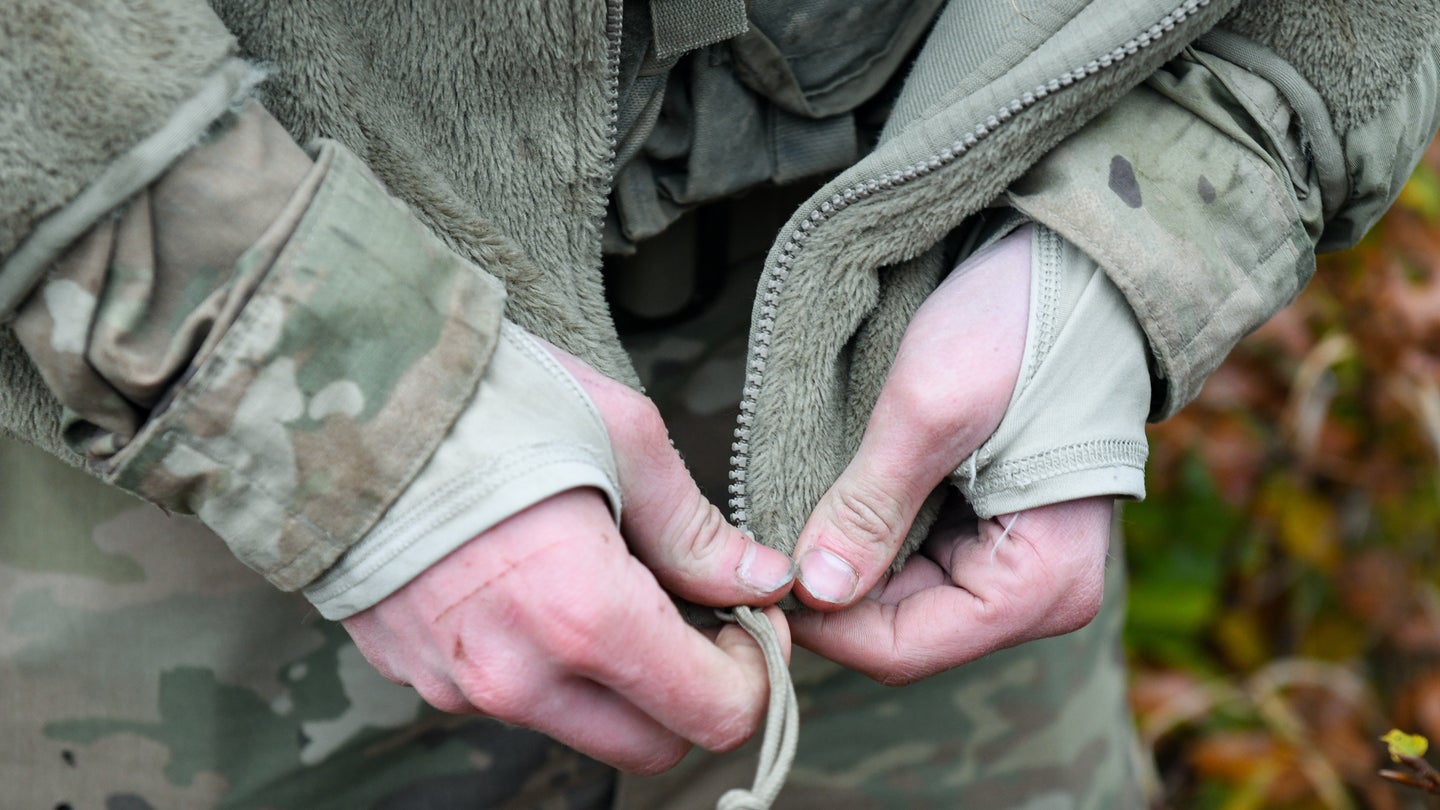 Gather ‘round and listen up because we’re only going to say this once: The Army’s fleece jacket is an outer garment.

Of all the issues facing the military today, defining specific regulations for how a soldier wears their jacket surely isn’t the most pressing. But that hasn’t stopped countless leaders from giving soldiers a hard time for a perceived uniform infraction: Wearing a fleece jacket over the rest of their clothes the way any normal person would.

Well, Sgt. Maj. Ashleigh Sykes, the uniform policy sergeant major in the Army’s personnel office, settled the debate on Twitter last week, complete with an endorsement from Sgt. Maj. of the Army Michael Grinston. For anyone keeping score: That’s the top enlisted soldier in the Army, and the top enlisted soldier in charge of uniform regulations, both of whom are saying that it’s fine to wear your fleece jacket on the outside.

The question of where and how the fleece jacket should be worn has been tirelessly debated. Reddit post after Reddit post has explored the issue, often coming back to a leader somewhere casting doubt on the regulation.

“Went for a squad run and passed some people wearing it and my squad leader yelled at them and said that it was to be worn under the ACU jacket,” one person said on Reddit. “I’ve never seen anybody wear it that way but then again I never see anybody wear it much anyway because I guess it’s not the infantry thing to wear it.”

The jacket is worn as an outer garment “for mild cool days,” according to the Army manual for cold-weather gear. But weather changes, and clothing “must be kept dry from the outside,” the manual says, because when “your clothes are wet, the water or sweat starts to evaporate, drawing warmth away from your body 25 times faster than when dry.”

So it stands to reason that if it’s cold and wet, the fleece jacket should be worn under a more weather-proof layer in order to keep it dry and warm. For example, the jacket is not “an outer garment in [Alaska],” one person responded to Sykes, because “there is a risk of frostbite if it gets wet.”

“Commanders are authorized to make decisions for the safety of Soldiers,” Sykes responded. “That may be a unit policy for Soldiers in [Alaska] but it doesn’t take away that the item was made to be an outer garment.”

Perhaps this is one of those moments where being a civilian hinders my ability to fully understand this. I don’t comprehend why adults who are trusted to maintain arms and armor and, you know, go to war, can’t be trusted to make decisions about how they wear their uniforms, whether it makes sense to wear a fleece jacket by itself, or to layer it under something weather-proof in case it’s raining, sleeting, or snowing.

But just in case there’s still confusion, the Army has provided diagrams to help clarify how to wear cold-weather gear, including the fleece jacket.

Are you going to be active in the rain, when it’s between 35 and 45 degrees outside? Follow this step-by-step process:

Is it going to be snowing and under zero degrees? Perhaps add more layers.

In conclusion, everyone should use their problem-solving skills, and the fleece jacket is an outer garment when it makes sense to be one.