I’m A Veteran. Here’s Why I’m Voting For Donald Trump 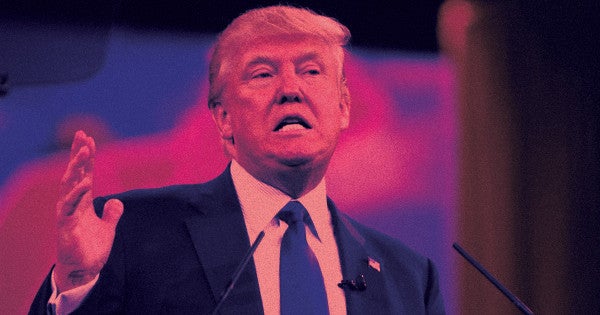 Donald Trump has been called many things — business mogul, socialite, reality TV star — and he may be adding 45th president of the United States to his resume come November. But more importantly for the readers of Task & Purpose, most of whom are veterans and service members, he may be awarded the title of next commander in chief of the armed forces.

We reached out to you, our readers, who plan to vote for business magnate and former “Apprentice” showrunner Donald Trump to find out why you will be casting ballots for him in November, and here is what you said.

“He says what he is thinking and not afraid to tell the truth, regardless if it offends. He's a straight shooter, tells people how things are, straight up without any ‘sugar-coating.’ For that reason, he's got my vote.”

“He has proven to be successful in the private sector. He knows business, economics, and job growth. He has common sense. He can lead. He can move us in a better direction because of this. The military, veterans, our safety, our borders, and our legal citizens are important to him. He isn't a weak person who feels the need to apologize for everything. He can reverse some of the damage from the last eight years. He deserves a chance to get this machine in gear and maybe even another term to see some of it come to fruition.”

“Because he's not Hillary Clinton, he supports the constitution, and he's addressing the issues that are normally considered not politically correct that need to be addressed.”

“I believe he really will help us.”

“I'm voting for Trump because he isn't a career politician. Our great country has been taken down the wrong road for many years by career politicians. It's time we had new ideas and new blood in charge. It is time to make America great again.”

“Because Hillary Clinton is a lying, deceitful person with no personal integrity, zero ethics, no morals, and electing her would enable an assault on civil liberties, continue to inhibit economic growth, and endanger the national security of the United States and our allies.”

“He is the least bad. He's by no means perfect or even desirable, but I feel like by the end of this he won't have me fighting in my streets for my rights. I'll take a World War over a Civil War any day. The other options at this point are just irrelevant. Clinton is a monster and any third party has no support.”

“Because he's not Clinton, and he’s not a liberal.”

“I'm voting for Donald Trump because he's a businessman. America needs better deals that benefit Americans. Secondly, he's an outsider and not part of the current establishment.”

“I’m not voting FOR Trump. I’m voting AGAINST Hillary.”