This May Be The Worst Military-Themed Humor Video Ever Made

Fusion is a TV network and website aimed at millennials. It’s also the creator of the most godawful military-themed video... 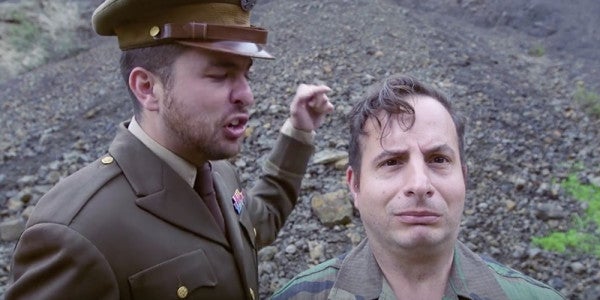 Fusion is a TV network and website aimed at millennials. It’s also the creator of the most godawful military-themed video we’ve ever seen. And we’ve seen plenty.

Is the video mocking the military for being too “woke” — by allowing troops religious accommodations — or too conservative, by being too white? Either way, it’s bad. Flagrantly bad. If a worse video exists anywhere on the internet, please let us know.

Or at least that’s what I thought until I watched it again, and then again, and the subtleties of Fusion’s critique began to seep into my mind and take hold. Now I see. Now I understand.

Thanks, Fusion, for showing me the light. How did I ever do something as silly as serve in the U.S. armed forces? I'm so humiliated by this video and by how naive I was to think I could make a difference in the world by serving my country during a time of war. The college education I earned, debt free, it came at a price I was unaware of until I watched your one minute video. The job training I received, what good was that for? All I get to do is write sarcastic blog posts about videos on the internet. Oh, wait. Yeah, maybe it did pay off.

On that note, here’s a message to Fusion’s “comedy” team from a few horrified veterans: When you’re aiming at a target, try not to shoot yourself in the foot.