America has a lot of veterans service organizations. I would know. I work for one — The Bunker, a Chicago-based... 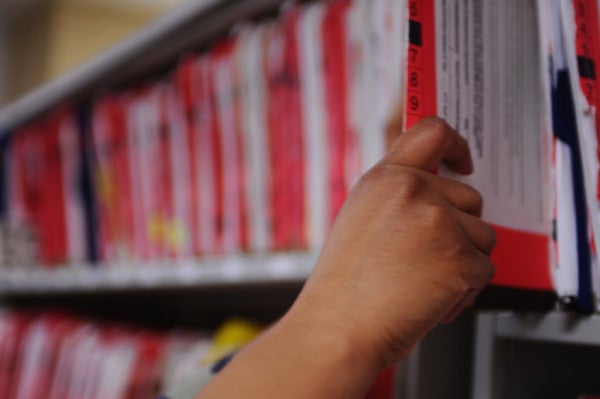 America has a lot of veterans service organizations. I would know. I work for one — The Bunker, a Chicago-based organization supporting veteran entrepreneurs and early-stage, veteran-owned businesses.

We should celebrate this abundance of people, both veteran and non-veteran, raising their hands to serve those who served us. And we shouldn’t be afraid to ask them for assistance when they are so eager to help.

So it follows that as the Department of Veterans Affairs undergoes big changes to improve and modernize its services to veterans — an overhaul that is long overdue — it will find plenty of willing partners ready to work with its employees and our veterans to help ease this modernization and support the streamlining of processes. Like, for example, filing a claim.

Hard as it to imagine, until last week, a veteran could take a scrap piece of paper, write down his or her ailment, drop it in the mail, and that would be considered the beginning of the claim-filing process. These intent-to-file claims, or “informal claims,” amounted to about half of all claims filed to the VA from 2009 to 2013, according to the Federal Registry.

As of March 25, the VA is no longer accepting informal claims and now requires veterans filing a claim to do so online or over the phone, using a standardized form. This is likely to expedite the process for filing a claim, reduce the backlog, but perhaps leave behind those who aren’t comfortable filing online, or do not have easy access to the Internet.

For those of us who grew up online — nearly all of us post-9/11 veterans — shifting to a digital filing process seems reasonable, especially given the massive backlog the VA continues to struggle with. At the end of last calendar year, the VA reported nearly a quarter million unresolved claims, and that was an improvement.

However, several veterans service organizations — specifically, American Legion, AMVETS, Military Order of the Purple Heart, the National Veterans Legal Services Program and the Vietnam Veterans of America — have gone to battle, and filed a lawsuit claiming this change puts the onus on veterans to help the department reduce the backlog.

“Forcing men and women – especially those with serious mental conditions — to use a standardized form in order to get their benefits is a cold-hearted decision that betrays VA’s mission,” the national commander of the American Legion, Michael D. Helm, said in an American Legion press release. “Why on earth would (VA) Secretary McDonald approve a regulation change that invalidates about half of all disability claims being filed?”

As a member of the American Legion, I think I can answer Helm’s question. VA Secretary Robert McDonald is approving the change to streamline the process of filing a claim, ensure all the information the VA receives is correct, reduce the backlog, and bring his department into the digital age.

“If you go to apply for Medicaid, go to Social Security, go to your local driver's license bureau, the first thing they do is hand you a form and say ‘Tell us what it is you're looking for,’” said Tom Murphy, the VA’s director for compensation services, in a conference call with reporters last week. “We're simply bringing VA in line with that process.”

As a member of the American Legion, I disapprove of this lawsuit, but full disclosure: I don’t think I’ve paid this year’s dues.

The American Legion and other organizations may have correctly identified some valid issues with moving the claims process online. And they should be bringing these issues to the attention of the public to keep veterans and civilians alike informed. But surely we can recognize the need to streamline the claims process. The VA cannot continue to maintain a backlog of several hundred thousand claims forever, nor should it.

For years, these organizations have recognized this, justifiably demanded change, and now they got it.

So here’s a better idea: Instead of suing the VA, these veterans service organizations should join the VA in helping less tech-savvy veterans navigate the new process. How many veterans does this affect and where? Let’s find out the answers and find new ways to reach those most vulnerable right away.

The veterans I’ve come to know stand ready to deploy with their laptops and cell phones in hand to help veterans get their claims filed.