What Americans Should Consider On D-Day’s Anniversary, From A Man Who Knows 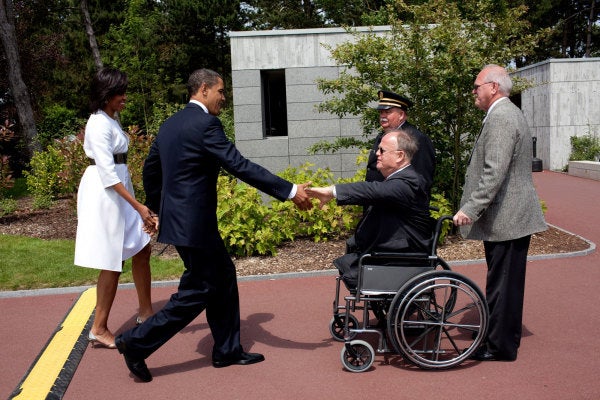 On June 6, 1944, more than 150,000 brave men participated in the D-Day invasion on the beaches of Normandy. They were American, they were Canadian, they were British; they were united under one goal — to save Europe.

Nearly 5,000 men lost their lives that day, their sacrifice helped defeat the Nazis and is seared in the hearts of millions. Now, seven decades later, people will look back at that momentous day that marked the beginning of the end of World War II.

In honor of the anniversary of D-Day, Task & Purpose spoke with Max Cleland, who shared his thoughts on this historic day, and what Americans need to bear in mind.

“Ask yourself, ‘Did I earn it?’” Cleland told Task & Purpose.

Cleland speaks with a particular authority on this subject. He himself is no stranger to the sacrifices associated with war. As a young, highly decorated U.S. Army captain in Vietnam in 1968, Cleland was badly wounded in a grenade blast. He lost both legs and much of one arm.

He went on to a remarkable career of public service, serving as administrator of the Veterans Administration and later as a U.S. senator from Georgia. He now serves as chairman of the American Battle Monuments Commission, which manages every American military cemetery on foreign soil.

As part of his present duties, Cleland is responsible for the Normandy American Cemetery and Memorial in Colleville-sur-Mer, Normandy, France. Nearly 10,000 Americans are laid to rest there.

When Cleland first visited Omaha Beach, the scene of some of the most intense fighting, he said his reaction was “Oh, my God.”

“Every American ought to go to Normandy and see how those men saved Western civilization,” Cleland said. “Then ask yourself, ‘Did I earn that freedom?’”

It’s a poignant sentiment for the anniversary of D-Day, but particularly resonant for a modern American populace remarkably disconnected from its military and their sacrifices.

The pain endured during war in the spirit of national defense needs to be a “pain shared equally,” Cleland said.