Nearly 80 years after the end of World War II, we are still bringing home our fallen

The possible remains of one World War II airman were recently discovered in Thailand and returned for identification. 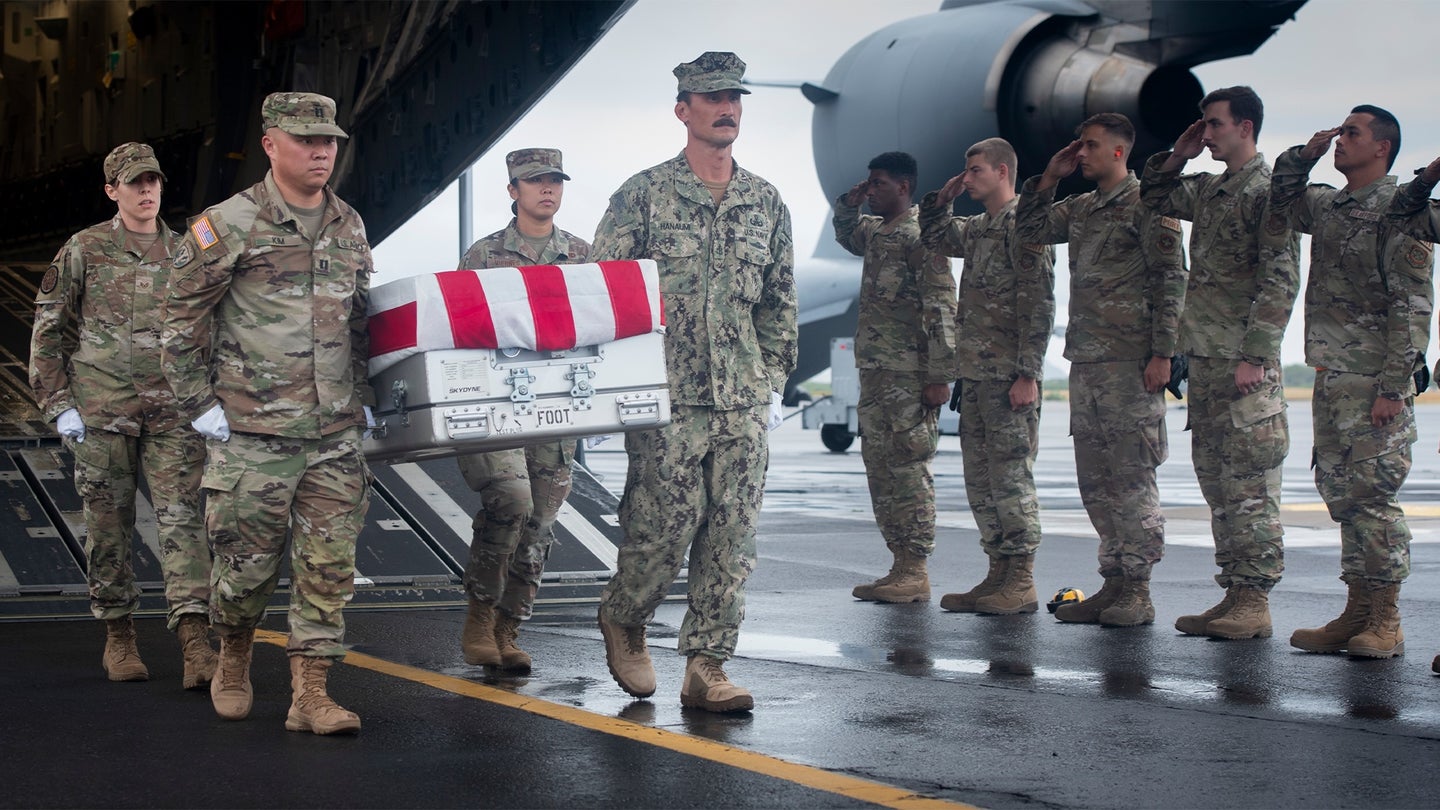 As we head into another Memorial Day weekend, there are more than 80,000 service members missing from various 20th century conflicts.

The Defense POW/MIA Accounting Agency, however, continues to work diligently at identifying the remains of service members, even decades after their deaths, from the farthest flung battlefields of these conflicts.

On May 19, the possible remains of an airman who went missing almost 80 years ago arrived at Joint Base Pearl Harbor-Hickam, Hawaii. They were flown there from U-Tapao naval base in Thailand, where the remains were discovered.

The remains will now be tested by the Defense POW/MIA Accounting Agency at a laboratory in Hawaii to determine if they are a match for an aviator who went missing 78 years ago, in 1944.

“You know, it’s keeping the promise that we never leave a person behind. Anybody who’s served in combat in any way, who’s fought alongside somebody, regardless of country or nation, there’s a bond that’s built. We owe it to the families to find those answers, to bring those people home,” Marine Col. Matt Brannen, who heads up the Indo-Pacific directorate of the Defense POW/MIA Accounting Agency, told the Associated Press.

The discovery process in this instance goes back more than a decade, to 2011, when flooding inundated Thailand’s Air Force Museum in Bangkok. A retired Air Chief Marshal, Sakpinit Promthep, spent months afterward assessing the condition of the museum’s archives, looking through the files one by one. Officially allied with Japan and occupied by that nation’s military during the war, Thailand was subject to frequent bombing raids by allied forces.

One such faded piece of paper was a report from 1944, detailing the crash of an American P-38 aircraft. It jogged a personal memory of Promthep’s of a rumored plane crash in the Lampang province of the country.

“You imagine, you look for something, you like to see it and there’s no hope, almost no hope to find it. Just open page, page and then – whoop! – in front of your eyes. Wow!” He told the Associated Press.

Incredibly enough, a 100-year-old woman heard the crash in 1944, which matched the location a Thai police officer had recorded decades earlier.

In February 2022, a joint U.S. and Thai search team began digging in a rice field in the Lampang province, and by April they had uncovered metal fragments consistent with a plane crash as well as teeth and bone material.

The pilot has not been identified, as the remains will still need to undergo testing to confirm the match. But even decades later, as so much of World War II has faded from memory and into history, service members from that conflict and others are still waiting to be laid to rest.