For Some, The End Of A Combat Deployment Is The Start To Another War At Home

It's been a long road to recovery. An ongoing one. Sunny afternoons spent squandered in slumber. The nights, awake, rereading,... 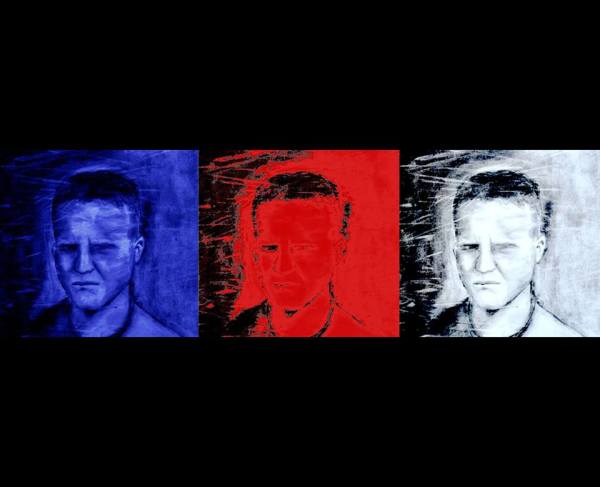 It's been a long road to recovery. An ongoing one.

Sunny afternoons spent squandered in slumber. The nights, awake, rereading, trying to make sense of the recurring violence. Recollections come haunting at dawn, bloodshot with whiskey. When the faces resurface, the tremors come.

Thirteen years of sustained combat operations and many wars later, we still haven't gotten very far. Old stereotypes of the returning veteran still run rampant. Haunted minds are doubted and held in skepticism. And audiences are shocked when the reality of war makes a headline.

There is no such thing as a gentleman's war. War is not “Call of Duty” or an Airsoft match. In war, people rarely ever die pretty.

I used to love eating ribs. Ribs slathered in honey glaze. My mouth would water at the sight of them sizzling on the grill. But I can hardly stomach them today because I've seen enough torsos blown apart.

We’ve made stride in sewing up bodies. Broken bones are mended, burns dressed, amputations fitted with state-of-the-art prosthetics. When it comes to healing minds and spirits, however, I'm no longer surprised when I hear, “It's not that bad” or “Move on.” The worst is perhaps bracing for a response when there is none, from military and civilian alike. A blank, puzzled stare when I try to explain post-traumatic stress — how it slips into every fiber of my being, how it seeps through my pores, gripping and refusing to let go. Wars don't just end someplace faraway. For many, the dust clearing on the battlefield is merely the beginning to another, more insidious war.

Dustin Turpen, a 27-year-old from a small town in Indiana became mired in one such war. I met Turpen after returning from the invasion of Iraq in 2003. Part of the welcome home working party, he quickly unloaded our sea bags and showed us our new rooms, and just as quickly, he was singled out by senior lance corporals. Being the runt of the new batch of Marine boots who missed the war, he was a favorite to be fucked with. He’d be hazed to the point of exhaustion. Senior Marines screamed at him to quit.

But Turpen remained resilient. The more they threw at him, the more resolute he became. He trudged on, continuing to surprise everyone. On the long humps on the steep hills of Horno, he’d be that moto boot volunteering to carry the M-249 SAW, and the first to snatch a rifle from anyone who fell out. It was in combat that he really thrived. Block after block, house after house, room after room, Turpen kept going. The more Marines would fall, the more determined he became to carry on, even after getting wounded. He earned everyone’s respect after Fallujah.

We ran into each other during a lull in the fighting for Thanksgiving chow, and he said, “Shit, you know what I’m thankful for? I'm fucking thankful that we're not any taller!” He grinned wide, and I laughed. He was right, after the first round that narrowly missed my crown, I never wanted to be a few inches taller again.

The last time I spoke to Turpen was when I was days short of separating from the Marine Corps. I told him to get out, that he didn't have to do another deployment. We had fought enough. He insisted on staying with his junior riflemen. His love for the Marine Corps was palpable, and he was determined to stay in as long as he could.

He was also wrecked with guilt.

He drank heavily to try and make the pain temporarily disappear. He drank until he got a DUI. He drank because of what he saw or did or felt during his three deployments to Iraq, and he drank when he got demoted from sergeant to corporal. He drank until he claimed his life with a self-inflicted gunshot wound to the head.

That gunshot rang through so many of us. No one saw it coming.

Turpen, like so many Marines before him and after, offed himself, sure — he of the 22-a-day regimen. But that single bullet didn't kill Turpen. He instead bled to death slowly from a bevy of factors too difficult to grasp for those who are neither immersed in Marine culture nor have witnessed and participated in war.