How Leaving The Military Made Me A Better Leader

I did not transition from active duty in the most well-thought-out manner. I returned from deployment and signed out on... 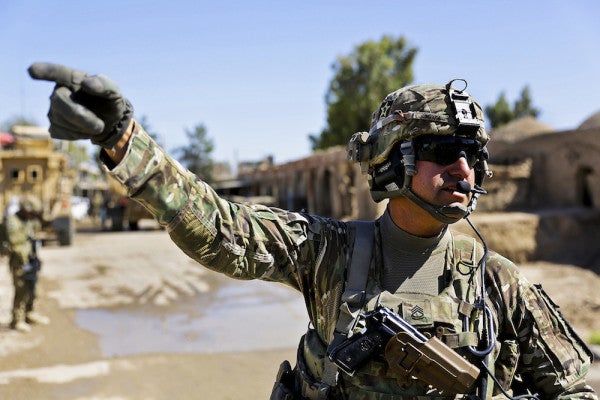 I did not transition from active duty in the most well-thought-out manner.

I returned from deployment and signed out on terminal leave just 60 days later. On the day I drove away from Fort Polk (hopefully forever), I received a call from a manufacturing company offering me a job as an operations supervisor. I immediately took it, so I didn’t have to return to my in-laws as an unemployed dead beat son-in-law who threw away his promising active-duty career. Thirty days later with a beard and 10 pounds of post-deployment beer belly, I began my career as a civilian.

Within my first 60 days, I started to have issues. I was a hot-shot combat veteran with loads of management experience and these unwashed masses of lowly underlings were going to learn the right way to do things. I was heading down a road to ruin and was pulled aside by a manager who was also an Army veteran. He sat down and told me a story. In this story, he spoke of how to communicate, where other managers get it wrong, and how to prevent a trip out the door. In spite of my glowing evaluations and deployment commendations, I was a slightly toxic leader in the military, and certainly in the civilian world, even in the rough and tumble world of heavy equipment manufacturing.

Related: The one lesson on leadership that the military needs to embrace »

In the civilian workforce, I learned the same things about leadership that many new leaders learn from soldiers — that employees bring complex capabilities, knowledge, and abilities for organizational success if you properly tap into these abilities and leverage them to complete the mission.

To a certain degree at the tactical level, toxicity on active duty is allowable if you get things done, complete missions, and support your bosses’ intents. I was certainly not a very empathetic company-grade officer on or off the battlefield. Anger and rage were acceptable means of overcoming barriers to success and completing missions. The stresses of combat often elicited a Dr. Jekyll/Mr. Hyde from many officers I served with. I had good mentors along the way who assisted in channeling passion for success and create a better leader, but the means of dealing with conflict with subordinates or peers still resorted to the shotgun blast method learned from others in the military.

One of the frictions I had as a manager was the near dependence of over 50 employees on me to sign off on any decision they needed, which required me to run ragged around the building. I wasn’t sure how to fix it, and didn’t know how to change the habits of employees who worked for the same organization longer than I had been alive. For the first time in my professional career, I wasn’t doing well at this management skill and needed to self reflect.

Step one: Holster that knife hand, self reflect, and listen before reacting.

Luckily, there was an informal network of fellow veterans; both line employees, fellow supervisors, and managers who helped me out. During my daily drive home, I reflected on how I could perform better as a manager. I thought of where I could leverage my military skills to win this fight as a civilian. I decided to focus on clear intent and focused standards, the same military ideals that helped enforce standards for safety and discipline, communicate objectives, and use the same leadership ethos of integrity and accountability.

In the civilian world, you truly impact an individual’s life and need to take that into consideration before engaging with him and ensure you as a manager taken the right steps along the way. Setting enforceable standards and communicating your intent for operations drives success both in the military and civilian world. Additionally, immediately dealing with violations that warrant dismissal shows your team that you are a leader worth following.

One of the biggest challenges transitioning service members have upon leaving active duty is interacting with an alien demographic population not seen regularly in the military. This population can vary from employees over age 50, to disabled employees, to individuals lacking a high school education. It is vital to understand the audience you communicate with and give them the respect they deserve as fellow employees with a breadth of experiences.

The lessons I learned as a civilian manager, assisted me greatly in my career as National Guard leader later on. Rhetoric aside, most reserve component soldiers bare civilian minds who wear uniforms 63 days a year. They are capable professionals, but I found that most respond best when treated like a civilian employee, rather than as a soldier. Clear commander’s intent coupled with fair enforcement of standards, as well as understanding the challenge of transitioning from civilian to soldier overnight, allows leaders to empathize with soldiers of different backgrounds.

It sounds easy, but so rarely do managers and military leaders take the time to communicate intent outside of a blurb on an operations order or concept of operations brief. Commander’s intent works as a means to explain the “Why” not only to soldiers, but also to our employees. There are many forms of intent: In the beginning my senior manager told me a story that laid out his intent for my performance. There is power in story-telling, but often the clear statement of “My intent is…” leaves no question as to where a manager wants production to head.

While I ultimately left the manufacturing world for an opportunity in global supply chain management, I learned incredibly valuable lessons along the way. Keep that knife hand available, but save it for when you really need it, and always over communicate your intent to your employees.