Marine pilots eligible for up to $280,000 to keep flying with the Corps 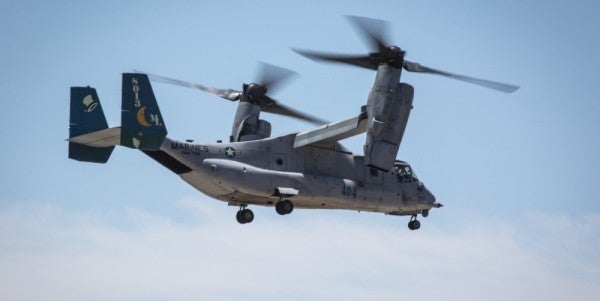 The Marine Corps is offering up to $280,000 to certain pilots as it faces shortages in certain billets, Corps officials have announced.

Effective as of Oct. 1, the aviation bonuses were recently announced in MARADMIN 360/19. The Marine Corps has expanded eligibility to pilots with more than 14 years' commissioned service.

All the bonus award levels are before taxes, said Maj. Craig Thomas, a spokesman for Manpower & Reserve Affairs.

“We are aiming for around a 70% take rate,” Thomas told Task & Purpose.

While the Marine Corps has enough qualified aviators for deployed units, it faces shortages in other billets, such as flight instructors and air officers with the operations section, Thomas said.

Unlike this fiscal year's program, the Marine Corps will not offer aviators two-year contracts because it wants to keep pilots longer.

In another change, weapons systems officers are not eligible for any of the fiscal 2020 bonuses because the Marine Corps already has enough aviators filling those roles, Thomas said.

“I hope our aviators see this expanded bonus program as a genuine effort to keep their talent and leadership in the squadrons to continue flying and mentor the next generation of aircrews,” Rocco said.