Beware: Military Dependents Can Be Forced To Repay Their Parents’ GI Bill 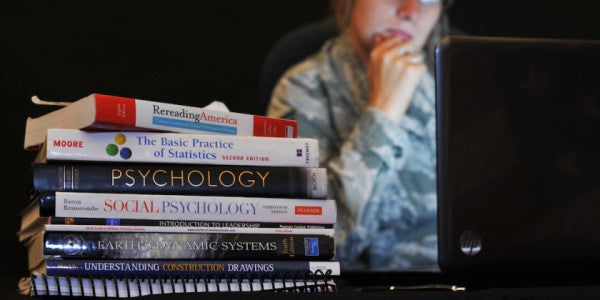 In 2012, Sgt. Desmond Watson’s daughter Jordan Bigbee turned 17, and he transferred his Post-9/11 GI Bill to her in the hopes that she’d never have to shoulder a student debt burden.

“When you get the news that someone can pay for your entire college, you're not worrying about anything else,” Bigbee told Jacksonville, Florida-based First Coast News, adding that “she felt safe.” But the feeling didn’t last.

Five years later, Bigbee is being forced to repay $50,000 to the Department of Veterans Affairs, according to First Coast News, which broke the story Nov. 13.

Service members can transfer their GI Bill benefits to a dependent once they’ve served at least six years in the military, and after they agree to serve a further four years, according to the Department of Veteran Affairs.

But the Army in 2015 cut 40,000 troops from the service, and Watson, in his 17th year of service, was one of them. He was involuntarily separated from the Army, just six months shy of completing the four years he’d incurred for transferring his GI Bill to Bigbee, according to First Coast News.

As a result, the VA determined that the money had to be paid back. After attending Santa Monica Community College in California for three years on the GI Bill, Bigbee has to recoup the tuition and send it to the VA — $50,000 now, First Coast News reports.

“Once you sign that transfer over, you’ve got to serve four years no matter what,” John Karim, the American Legion's assistant director for Veterans Employment & Education Division told Task & Purpose. If a servicemember fails to complete that obligation, “it’s as if the entire eligibility was wiped out and will have to collect on everything that had already been used. They’ll recoup the benefits and take them all away if you don’t match those four years.”

A beneficiary or dependent having to repay the VA for an overpayment isn’t an entirely new affair. In 2015, the Government Accountability Office reported that in fiscal year 2014, one in four GI Bill beneficiaries was hit with a bill for overpayments — $416 million owed by beneficiaries attending nearly 6,000 schools.

If you are a veteran or servicemember who transferred your education benefits to a spouse or dependent who has since had to repay those benefits and would like to share your story, email James Clark at James@taskandpurpose.com.