Selfies are all the rage these days. But legendary retired Army general and former Secretary of State Colin Powell demonstrated... 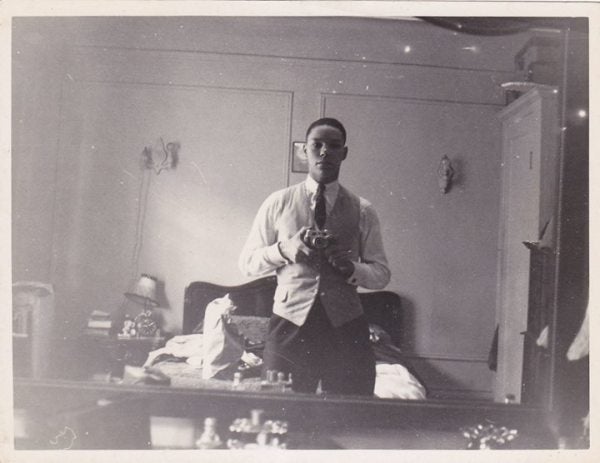 Selfies are all the rage these days. But legendary retired Army general and former Secretary of State Colin Powell demonstrated on Facebook today that he's quite the trendsetter.

Powell posted a selfie he took 60 years ago, taking a picture of himself as a young man, looking quite dapper, in the mirror.

Far before he rose the ranks to become the first African-American Chairman of the Joint Chiefs of Staff and the first African American Secretary of State, Powell climbed the ladder of opportunity. The son of Jamaican immigrants in New York City, Powell earned a degree from the City College of New York, New York City's flagship public university, before earning his commission in the U.S. Army and beginning a career of servitude.

It only makes sense that he paved the way on selfies, too, I guess. As Powell says in his post, eat your heart out, Ellen!

“Throwback Thursday – I was doing selfies 60 years before you Facebook folks. Eat your heart out Ellen!”