Nearly 2.5 million Americans have served in Iraq and Afghanistan in the last 12 years. And while their experiences have... 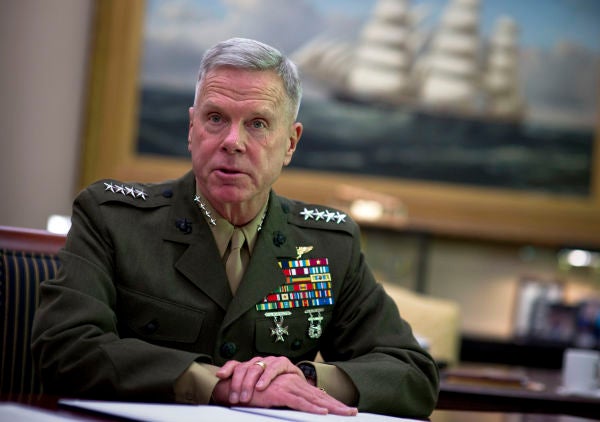 Nearly 2.5 million Americans have served in Iraq and Afghanistan in the last 12 years. And while their experiences have have been diverse, and some have returned bearing enormous scars, we also come back with incredible skills honed executing the most complex wars in American history.

No matter what you may think of the merits of the mission or the politics that drive it, the counter terrorism and counter insurgency missions in Iraq and Afghanistan have been enormously complex. And along the way, the U.S. military has also executed rapid response missions like the one in Libya, and humanitarian operations in places like Haiti and Pakistan.

Which brings me to the quote, my favorite quote about veterans of Iraq and Afghanistan, said by Marine Commandant Gen. Jim Amos in his 2012 Planning Guidance:

“Standing at the front door of crisis and conflict, we possess the finesse, the training and the tools to knock at the door diplomatically, pick the lock skillfully, or kick it in violently.”

I love this because it reflects just how far we've come historically as a fighting force. It's no longer about storming machine gun nests or purely kinetic military operations, success in modern warfare is often based on how many people you can keep alive.

I also love it because it channels how we are in an important moment in American history. This nation faces great economic, social, and political challenges just as millions of patriotic and talented Americans are returning from war with the propensity and the ability to lead.