In the last few years, I’ve begun to realize that as a veteran, that I have trauma and how I... 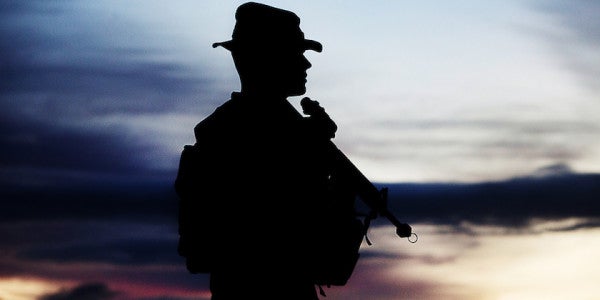 In the last few years, I’ve begun to realize that as a veteran, that I have trauma and how I have responded to that trauma is not unique amongst the general population—we live in a traumatic world–even if how I accumulated some of those traumas might be. But when I first came home from war, I don’t think I ever would have allowed anyone to tell me, if they themselves had not served during war, that their traumas, their feelings, their PTSD, confusion, depression, alcoholism, adjustment disorder, or addiction were even close to on par with my own, or that they could ever understand my suffering and confusion.

I was thankful to be quickly surrounded by a multi-generational group of veterans who could help me understand what I was seeing and feeling now that I was back home. Perhaps, more importantly, was the guidance given and received about how we could make sense of the world together. I found the most impactful healing and community building at the time—and still today—happened in the outdoors. What also happened in the outdoors, however, was meeting, and building trust with a lot of non-veterans who had gone through and overcome some pretty horrific circumstances in life. Many of these challenges I could relate to, many more I could not.

What makes veterans unique to the general population is how we accumulated many of our traumas—nominally in service to a larger nation whose fellow citizens through their engagement in our democratic republic, make decisions through voting and civic engagement as to how we will be utilized in combat, peacekeeping, and our return home. Being able to routinely engage this specific demographic group has been, is, and will continue to be beneficial—it is good to connect with those who may have followed the same path to trauma. It is equally as important to recognize we are not the only ones who have trauma or are deserving of care.

At the same time, many of the veterans around me through the years, at least anecdotally that have also struggled with similar problems I have, including a few who took their own lives, had experienced trauma prior to, or outside of their military service.

I began to wonder if one of the most damaging things that PTSD can do is prevent us from our ability to cope with these past traumas. This is complicated by the way VA incentives and programs are structured. Any trauma that might have reasonably occurred outside of military service, could invalidate any existing or future diagnosis and threaten disability payments—so nobody would talk about that pain or hurt that happened prior to uniformed duty. If people were in treatment, which most were not, it meant that only one trauma was being addressed. It would be like working on a broke down car but insisting that the only thing that needed to be fixed were the wheels. As long as the car could move, what more needed to be done? How many of us joined the military in part, to escape a negative situation back home?

More problematic though is why more people won’t get treatment. No doubt it’s because there is a significant stigma against acknowledging mental health problems that exist in the military community—which is not surprising given the perhaps even greater stigma around this same set of issues in society writ large.

So what role do we have as veterans or veteran allies in addressing these problems? First, we need to be honest with ourselves as veterans when we talk, at least to ourselves, about our challenges. I spent years blaming my alcoholism in part on my military experience—which is understandable. I did, however, start morning drinking a few times a month–just to stable my hands for work–when I was 23, two years before my first deployment.

Second, because of our unique place in society and because we include significant numbers from other demographic groups in society, we’re a great test group for what can work and what could be scaled to work with the rest of the community. For example, if we want to end veteran suicide, that will only happen if we work to end suicide period, but it can start with us.

Stacy Bare is the National Director of Programs for The Phoenix—an organization that supports sobriety and recovery through exercise and the outdoors and is committed to ending the stigma surrounding recovery. He was a captain in the US Army and served tours in Bosnia and Iraq.