This is how to respond to a veteran contemplating suicide

I’ll never forget him. Or his voice. 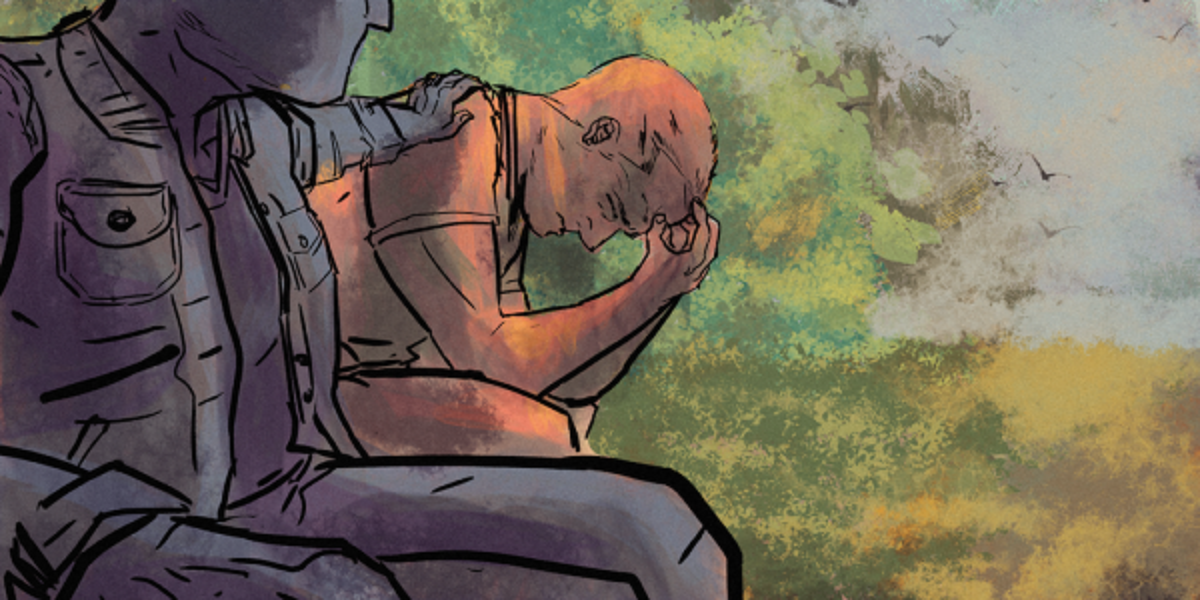 Editor’s note: This article was originally published on Feb. 12, 2017.

I’ll never forget him. Or his voice. That southern drawl made him sound sleepy, but there was more to it. He was weary, frustrated.

He wanted to kill himself.

It was a story as old as war: He made it home. His buddies didn’t.

He was a cavalry scout, an Iraq war veteran. Somewhere in Baghdad, one of the 15-month tours during the surge. He swapped with someone on patrol, the other guy didn’t make it. “Should’ve been me.” That kind of thing.

I was coming to the end of my career, and volunteering with a local organization as a veteran peer mentor. I wasn’t a mental health counselor yet, just trying help other vets. Someone in the program thought he was thinking of hurting himself.

So I called him and asked him.

That’s the first step: Get them on the phone.

You have to view suicide like any other kind of danger. You would do literally everything you could to save your friend, whether it’s from a burning building, a car accident, or a heart attack. Suicide calls for the same kind of immediate action.

I asked him how he would kill himself.

You have to ask it directly. No messing around. No, “are you in danger?” or “are you going to hurt yourself?” or “you’re not thinking of doing something stupid, are you?” All of these questions can be denied. Don’t mince words. If they are far enough along in their thoughts, they think the danger lies in living, not dying. People struggling with depression view death as peace, not pain.

“Once, I got drunk and put a round in the chamber,” he told me. “I was so wasted, I forgot it had a magazine disconnect. It wouldn’t fire.”

Once you ask directly, and get a positive answer, then you can move on, because you know what you’re dealing with — a life-and-death situation.

Maybe you think you’re done at that point: “Now I know, I can call 9-1-1, it’s out of my hands.” Nothing could be further from the truth. Settle in, because it gets real from here. Listen to their story. Tell them you want to hear about it, hear about what’s going on. You can be clear with one thing, though: are they in a place, head-wise, to talk? If they’ve already taken some pills, or they’ve got some other means, and they are literally seconds away from taking their own life, then 9-1-1 is absolutely one to call. You can even tell them that: “Now that I know what’s going on, if you hang up, I’m calling 9-1-1 immediately. If you don’t want that to happen, then keep talking to me.”

So, if they’re not in immediate danger, take it slow and listen to their story. Something happened today, or yesterday, or this past week, to get your friend to this place. It is certainly going to be an accumulation of things, leading back to and possibly beyond their time in the service, but the chance is that there is something very specific that happened to get to this point. That’s the story you need to listen to. Without judgment. Is it because something happened with that dude or chick they’ve been messing with, the one you don’t like? Again, not about you. It’s about your friend, and their pain, their story.

At some point, something is going to come up that makes them move back toward life. A reason to live, a reason they want to live. Their kids. Their spouse. You, because you’re important to them too, if there’s nothing else. Don’t throw guilt, don’t throw shame, no “how do you think they’ll feel when you’re gone?” Just listen, and when they start talking about things that could happen in the future, then you may have started to turn a corner.

After talking for a period of time, they got some stuff off their chest, they might have gotten a reminder that there is some stuff to live for anyway. Here’s where you can start asking questions. What was your plan? What were you going to do? Because we need to figure out how to disable that particular plan. Pills? Let me have them, or give them to someone to keep safe. Guns? Rope? Let’s figure out how to keep them out of the way. Not forever, just for now, until we can make sure you’re safe. Probably best not to get drunk or high right now, because that keeps us from being focused. The best plan is one that you and your buddy come up with together, and then you confirm that plan.

Next step: Where are we going? Who are we going to tell next? Because we want to stay alive, right? If we’re not in the same town, who do you want me to call that will be safe to hang out with you until you can get in to see your doctor, or get into the vet center, or to see a therapist?

Once they’re safe — once you know they’re safe — tell them you love them like a brother or a sister, and how thankful you are that they chose you to connect with. Trust and believe me, it is an unparalleled honor to be the one who your buddy reaches out to in their darkest moment, and it will do you good to let them know that. Once you’re 100% sure they are in a better place and have someone safe near them, you can hang up the phone.

Then you can focus on you. It will be one of the most draining and intense experiences of your life, but know this: You just saved a veteran’s life, and that is no small thing.