The Air Force Knew Of Contaminated Water Near N.H. Base And Did Nothing, 2 Former Officers Claim 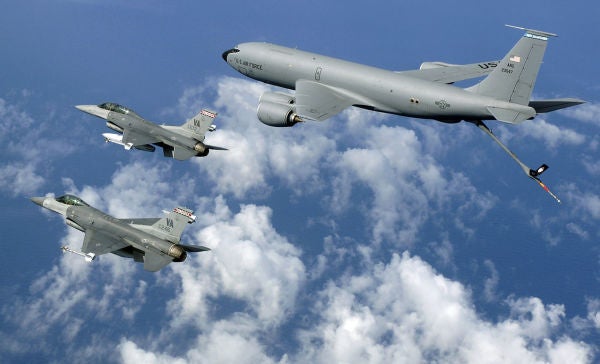 PORTSMOUTH — Two former Air Force officials believe contaminated water at the former Pease Air Force Base — and even deteriorating nuclear missiles — could have caused what they believe are an unusually high number of birth defects or still-born babies here in the early 1980s.

Retired Air Force Lt. Col. Perry Forgione said he served at the former Pease Air Force Base from 1980 to 1983.

“I lived in base housing with my family and I can tell you on a monthly basis someone from the hospital came and tested the water in base housing,” Forgione, who served with the 509th Bombardment Wing, said during the recent 157th Air Refueling Wing's listening session at the Pease Air National Guard base.

The 509th Bombardment Wing moved to Pease Air Force Base in 1958. It was best known for dropping the atomic bomb on Hiroshima, Japan in 1945. The 509th was transferred to other bases in 1990.

Forgione recalled that his wife was pregnant when the water was being tested during his family's time living in base housing.

“My daughter was born with Spina bifida, a birth defect. She's no longer here. Both my children after also had different defects,” he told more than 200 people who attended the listening session.

The Mayo Clinic defines Spina bifida as “a birth defect that occurs when the spine and spinal cord don't form properly.”

“It falls under the broader category of neural tube defects. The neural tube is the embryonic structure that eventually develops into the baby's brain and spinal cord and the tissues that enclose them,” clinic officials said on their website.

Forgione started conducting research and determined that one “out of 500 children here at the time in 1980 were born with birth defects and we couldn't figure it out.”

“We drank it, we bathed in it, and the children swam in Peverly Pond (in Newington),” he said.

Peverly Pond is part of the former base off McIntyre Road and near Arboretum Road. The area is now part of the Great Bay Wildlife Refuge.

Forgione was transferred off base in 1984.

The Air National Guard held last week's listening session in response to concerns from retirees and their widows that there have been an unusually high number of cancers among guardsmen.

When Forgione heard about the cancers, “I said there will come a day when they will realize there was contamination here and it was known.”

“For some reason they just kept going, (and) never made the Air Force population aware of it,” he added.

The 4,355-acre Pease Air Force Base, which covers land in Portsmouth and Newington, officially closed in April 1991 under the Base Realignment and Closure Act of 1988. It was classified as a Superfund cleanup site.

Wastes generated by the Air Force when the facility was active contaminated soil, groundwater, surface water and sediment across the former base, according to the Environmental Protection Agency. The Air Force completed cleanup work, and continues to monitor progress and will until cleanup goals are met, according the EPA's Superfund informational webpage.

Retired Air Force Lt. Col. Bob Egan also spoke and said in 1979 when he began serving at the Air Force base, “we all knew about this stuff.” He served at Pease Air Force Base from 1979 to 1983 as a shift commander.

Egan had 90 men working on his shift, and of those “17 of them had stillborns, miscarriages or the type of thing Perry just mentioned.”

“Myself and Lt. Col. Forgione were the last two to lose kids out of that,” he added.

Egan also served as a senior nuclear weapons convoy commander at Pease, and told the crowd they were “around the nukes all the time.”

Nuclear weapons were stored in the base's 62-acre Weapons Storage Area, which is located at the end of Arboretum Drive in the wildlife refuge. The area and its 33 structures is enclosed with a perimeter chain-link fence with one entry gate.

The Weapons Storage Area is eligible for the National Register of Historic Places for its role in the Cold War and as a good example of a military complex that depicts a new era of weapons storage design during the Cold War, according to the U.S. Fish and Wildlife Service, which today owns the site.

Shortly before Egan was transferred off base he heard “that the SRAMs (short-range attack missiles) were having problems,” he said. The nuclear missiles' primary mission was to destroy surface-to-air missile defenses in the event of a nuclear war with the Soviet Union.

“The SRAMs were having problems. I was doing swtichouts all hours of the day and night because they were having difficulties with them,” the retired lieutenant colonel said.

Egan later learned “it was probably radiation that caused the problem.”

He also added that when he served at Pease “we all knew about the water” problems.

“I get it that was the middle of the Cold War (and) you didn't want a lot of problems,” Egan said.

But he urged Air National Guard and Air Force staff to address the problem.

“It's long overdue, these folks all lost somebody,” Egan said. “The stuff that's gone on, the things that people are talking about here, everybody knew about it. It's time somebody did something to help all of these troops.”

“It took courage on their part to share those memories in a public setting. And it was heartbreaking to hear. No one doubts their conviction,” Heilshorn said Friday.

He acknowledged it will be a “challenge” for guard leadership to “act on those concerns.”

“We want to be able to verify their claims, as well as the others, but that's difficult without supporting data and documentation,” he said. “We would certainly welcome any information that would help us substantiate those concerns.”

Doris Brock, who lost her husband Kendall Brock, a 35-year member of the guard who died in June 2017 from bladder and prostate cancer, has led a group of widows and retirees that have pushed the Air Force to conduct a health study because of what they believe are unusually high number of cancers at the base.

Asked about the men's stories, she said, “There were a lot of different emotions when I heard them. One is your heart breaks.”

“I think they all should have known what was going on,” she said. “They were testing the water back then, they knew all about this stuff. That's just not right.”