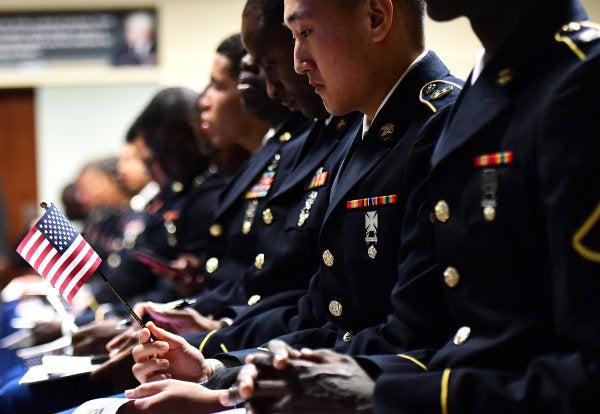 The names, Social Security numbers, and enlistment dates of more than 4,000 immigrant Army recruits were “inadvertently disclosed” in 2017, the Washington Post reported on Monday.

The recruits were a part of the Military Accessions Vital to the National Interest (MAVNI) program — suspended in 2017 over security concerns — which worked to attract talent from around the world with critical skills to join the U.S. armed forces with the offer of American citizenship.

The spreadsheet of recruits' personal information, used by Army recruiters, was accidentally sent to several recruits, the Post reports. For recruits from countries like China, Russia, or Pakistan, this sort of disclosure puts them at risk if their home-governments managed to intercept that information.

According to the Army, the situation has already been handled. Army Training and Doctrine Command spokesman Col. Michael Indovina told Task & Purpose in a statement that “the command immediately reported the disclosure” when it took place, and “swift actions were taken by the command to mitigate further release.”

“The Army takes the privacy and security of its Soldiers and Future Soldiers seriously and has taken measures to preclude a similar occurrence in the future,” Indovina said. “U.S. Army Recruiting Command investigated the release of information, ensured corrective actions were taken, and reviewed and adjusted policies and practices to prevent future issues.”

SEE NEXT: She Joined The Army To Serve Her Adoptive Country. Now She's Fighting For Citizenship

WATCH ALSO: 'I Am A Chinese Soldier'