Second lieutenants are famous for getting lost, but two Army ROTC cadets got a head start on their peers by... 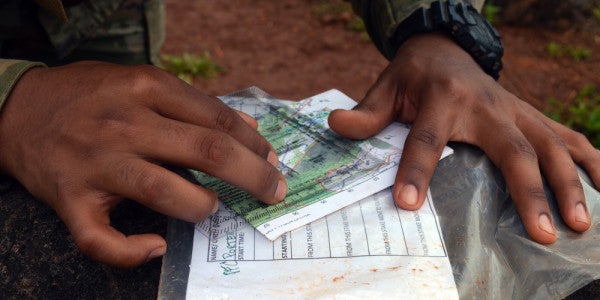 Second lieutenants are famous for getting lost, but two Army ROTC cadets got a head start on their peers by spending nearly 24 hours adrift in the jungle operations training course at Schofield Barracks, Hawaii.

Jokes aside, the situation was very serious: The training course features dense jungle and up to 40% of the students who begin the three-week program fail to make it through, according to the Army.

“It’s not unusual to have a cadet or anyone training get lost on a land navigation course,” Master Sgt. Jason Stadel, a spokesman for the Army’s 25th Infantry Division, told Task & Purpose. “What was unusual was the time they were gone.”

The Honolulu Star-Advertiser first reported on Sunday that the cadets had been found after a massive search for them that involved more than 200 soldiers and emergency personnel.

“They mobilized parts of the division HHBN [Headquarters and Headquarters Battalion], 3rd Brigade Combat Team and then the combat aviation brigade from the Army side and then we also had support from the Honolulu Fire Department and Honolulu Police Department,” Stadel said.

The cadets saw the rescue helicopters looking for them and were able to “straighten themselves out” once they found the road, he said. Eventually, the cadets found a road in the training course and were able to walk back to safety. Other than fatigue, both cadets suffered no medical issues from the ordeal.

The two cadets were enrolled in the course just like other soldiers, Stadel said. ROTC cadets typically take part in such training – including the Basic Airborne Course – during the summer before they graduate. The division is not releasing what schools the two cadets attend at this time.

“The entire jungle operations course was there – not just cadets,” Stadel said. “They were doing land navigation and just got turned around, as best I can tell.”

As part of efforts to fight against enemies that can jam GPS, the Army is expanding Infantry-One Station Unit Training to give Army recruits more experience with land navigation. The recruits will be tested on how well they can find points with a map and compass both in the day at night.

So far, the Army has not instituted a course to teach second lieutenants how to ask for directions when they get lost.