Chicken Soup For The Warrior’s Soul

Oprah’s Book Club doesn’t form the backbone of most service members’ reading lists — our self-help books usually are about... 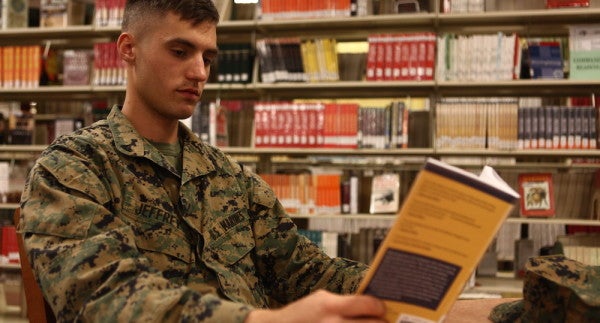 Oprah’s Book Club doesn’t form the backbone of most service members’ reading lists — our self-help books usually are about other types of self-improvement. As fun as the latest Brad Thor or Dale Brown novel is, most military personnel will pick these apart like they will a military movie — “That’s not the gear that guy would really use!” or “No way one guy takes down that many bad guys by himself!”

At the same time, the standard “professional military education” reading lists aren’t usually the type of book one wants to take on vacation. Honestly, who wants to read Thucydides unless they’re forced to?

So, here are some military and professional books I’ve read that fill the bill — fun page-turners with some professional development thrown in. Not the trendiest, the oldest, or the latest, but ones I’ll grab off the shelf on a lazy afternoon, whether going to the beach or the can.

“Guns, Germs, and Steel: The Fates of Human Societies” by Jared M. Diamond

Ever wonder why some nations became empires while others devolved into cesspools and backwaters we police to this day? This book is about how geography, climate, flora, and fauna from thousands of years ago created the civilizations and societies that shape our lives and foreign policy today.

“Carnage and Culture: Landmark Battles in the Rise to Western Power” by Victor Davis Hanson

From the opposite side of the spectrum, Victor Davis Hanson describes how Western civilization’s unique values and culture made its military dominance possible. Plus, this book is a refresher on the great battles, like Salamis and Cannae, that all military professionals are supposed to know about, but rarely do. In truth, neither Diamond’s nor Hanson’s views are likely the whole story, but a good reader can take in both to draw his or her own historical picture.

“On Killing” by Dave Grossman

Why can some people kill and others can’t? What makes a good soldier on the battlefield? Why can some people move on seemingly unscathed after experiencing close combat yet others are wracked with PTSD? Grossman may not close the book completely on those questions, but anyone who’s served in the military will see his eyes opened wide. This is required reading for anyone who deals in the business of violence.

“Command and Control: Nuclear Weapons, the Damascus Accident, and the Illusion of Safety” by Eric Schlosser

This book interspaces the history of nuclear weapons control with a riveting account of a catastrophic Titan missile mishap. What can go wrong, will go wrong. It offers an intense lesson in both the risks of nuclear armageddon and the importance of setting the right priorities.

“A Sense of Honor” by James Webb

The only fiction book on this list. I read this in high school when I was just starting to think about joining the military and I still return to it from time to time. It’s the story of how a Naval Academy firstie takes a plebe under his wing during the Vietnam War. Harsh training teaches both the plebe and the reader about discipline and duty.

“Boyd: The Fighter Pilot Who Changed the Art of War” by Robert Coram

This biography is about how a lone pilot went from being ace of the base to inventing maneuver warfare. John Boyd redefined how air combat is conducted, how fighter aircraft are designed, and began the wave that culminated in a fundamental change in how the American military fights wars. Anyone who wants to be a military innovator has to read this book.