It’s always illuminating to watch the reactions of politicians, pundits and activists following the release of a government report on... 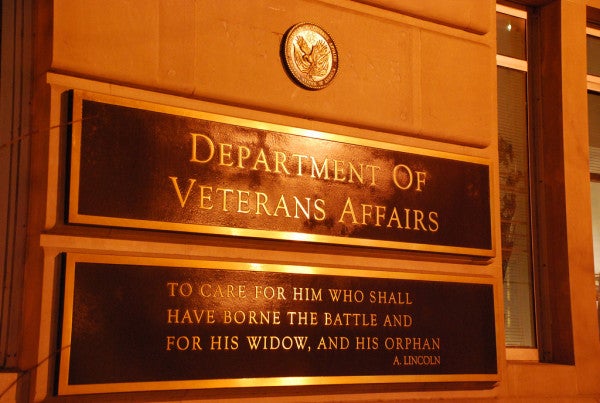 It’s always illuminating to watch the reactions of politicians, pundits and activists following the release of a government report on an issue that captures the public’s attention. Today was no different when the Veterans Affairs Inspector General issued an interim report on the investigation into the VA scandal in Phoenix. With conclusions that “a significant number of schedulers are manipulating the waiting times of established patients” and that “inappropriate scheduling practices are a systemic problem nationwide,” the report merely confirmed what I have believed for a long time: The current scandal plaguing the VA office in Phoenix is reflective of a corrupt organization whose members have not only failed in their mission to provide medical care to our nation’s veterans, but have done so in a deliberate manner.

This truth, however, should not be the focus. The reaction to the report is the important part. That might be counterintuitive, but notice what happened immediately following its release. Senators John McCain, Jeff Flake, Tom Udall, John Walsh, Kay Hagan, and Al Franken all called for secretary of the VA, Eric Shinseki, to resign. Notice that all of the Democrats who issued these statements are up for re-election in the fall. What does that tell you? It shows that this has become yet another political storm that the most exposed politicians have to weather. And, as with all storms, this will dissipate.

Why did we even need yet another government report to tell us what happened when we already had multiple reports of the problems? In fact, buried in this new IG report is a statement that makes this very point:

The issues identified in current allegations are not new. Since 2005, the VA Office of Inspector General has issued 18 reports that identified, at both the national and local levels, deficiencies in scheduling resulting in lengthy waiting times and the negative impact on patient care.

So, it’s been at least nine years of reports and nothing has changed. There is initial outrage expressed, there are reports issued, recommendations made, and then … nothing.

Many of these schemes are detailed in the then Deputy Under Secretary for Health for Operations and Management April 2010 Memorandum on Inappropriate Scheduling Practices. The purpose of the memorandum was to call for immediate action to identify and eliminate VHA’s use of inappropriate scheduling practices to improve scores on clinical access performance measures.

Notice the date: spring of 2010. What was taking place later that same year? You guessed it, another midterm election.

So now it’s four years later and we have the same corruption, the same violations of VA policies and, in some cases, the same crimes, all coming to a head during another election year. That must mean it’s time for another government report with urgent recommendations that will supposedly fix the problems. It’s time for more denunciations and scapegoating from our politicians. It’s time for more public outrage to fuel the cable news pundits for a few weeks, if not months. Eventually, however, it will be time for the uproar to die down. And then where will we be? The IG report issued four specific recommendations. Will these have been carried out? Will there be any significant reforms implemented?

One can guess the outcome by simply reviewing the first recommendation, “the VA Secretary take immediate action to review and provide appropriate health care to the 1,700 veterans we identified as not being on any existing wait list.”

Why does this even need to be a recommendation? Why does the VA secretary have to be told this is what he should do? Shouldn’t this be taking place as we speak? If the problems of waiting times were identified as far back as 2005 and they still persist, shouldn't that mean that this recommendation is pointless? That the entire system is so corrupt, so inept, that it is completely incapable of performing the basic functions that are the reason for its existence in the first place?

And who is receiving this recommendation? Shinseki? The same person who has presided over this bureaucratic malfeasance in the first place?

The answers are obvious. The VA is part of a vast, leviathan-like behemoth called the federal government that simply cannot be managed or monitored properly. It cannot perform its basic functions. It cannot police itself. Its members only care about themselves and not the taxpayers, and in this case, the veterans who they are supposed to be serving.

So, the IG issues the report and provides recommendations. The politicians and public are shocked and appalled. They call for change. But, after a few resignations, maybe even a prosecution or two, the time will come when those passions turn to the next scandal or next outrage and whether the problems have actually been addressed in any meaningful way will be left for the next report.

As for when that will be, today’s was only an interim one. I expect the final report in the spring of 2016.