Due to concerns over pilot safety during low-speed ejections from the F-35, the military has temporarily restricted pilots who weigh... 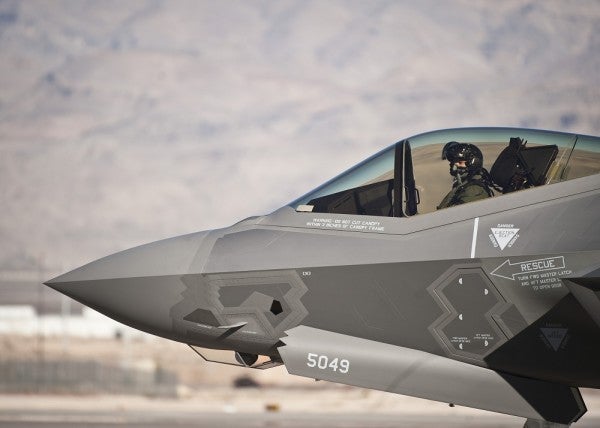 Due to concerns over pilot safety during low-speed ejections from the F-35, the military has temporarily restricted pilots who weigh less than 136 pounds from flying the aircraft, according to Defense News in an exclusive report. In August, testers found that pilots under a certain weight faced increased risk of neck injury while ejecting at lower speeds. When used by lightweight pilots, the ejection seat rotates slightly, putting the pilot in a compromising position to eject when the parachute opens.

“The bottom line is, they have to get into the realm where the seat allows that weight of a pilot less than 136 pounds safely eject out of the airplane,” said Maj. Gen. Jeffrey Harrigian, the F-35 integration office director. “They found some areas that particularly at slower speeds they were concerned about, so that drove the restriction that we have right now.”

According to a Joint Office spokesman, at least one pilot is affected by the weight restriction.