The Islamic State vowed attacks on Washington, D.C., and the Western world in a video released by an Iraq-based Islamic... 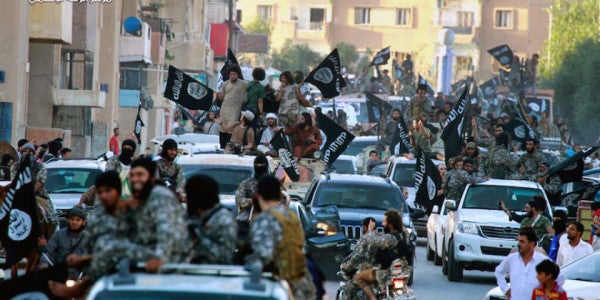 The Islamic State vowed attacks on Washington, D.C., and the Western world in a video released by an Iraq-based Islamic State group Nov. 16. Those speaking in the video warn that nations standing against the Islamic State will face attacks similar to Paris wherein roughly 130 were killed and more than 350 were injured Nov. 13.

“We say to the states that take part in the crusader campaign that, by God, you will have a day God willing, like France's and by God, as we struck France in the center of Paris, we swear we will strike America at its center in Washington,” said one of the militants.

France responded with a barrage of airstrikes in Raqqa, Syria, destroying several facilities. The U.S. conducted airstrikes Monday, targeting Syrian oil trucks, the U.S. officials told The New York Times that these missions were scheduled prior to the attacks on Paris.