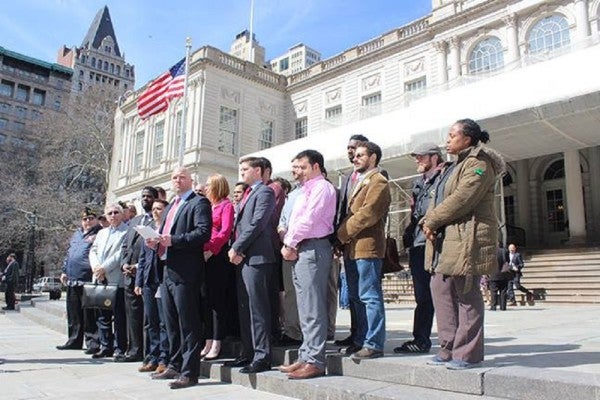 Ulrich and de Blasio met this week to discuss the bill, which has been hotly contested since it was introduced in 2014 and has the backing of 45 city council members. Those close to the negotiation confirmed the bill will be brought to a vote on Nov. 10, reports Politico New York.

“Agreement on this bill emphasizes what can happen when the veterans community is united,” said Paul Rieckhoff, IAVA’s CEO and founder in a press release. “Veterans need to keep up the fight and contact their city council members and urge them to pass this bill before Veterans Day.”

If passed, the newly created department will replace the current mayor’s Office of Veterans Affairs and will increase the budget for veterans programs. The current budget is $600,000 annually, which amounts to $2.50 per veteran. It relies heavily on coordinating with other agencies to address issues of homelessness, mental health, and unemployment among the city’s veteran population. The new department would move those resources under one roof.

“This is a tremendous victory for the veterans movement,” said Rieckhoff. “The passage of this bill next week will be truly a historic Veterans Day gift for veteran activists across New York City-and nationwide. … The establishment of a dedicated city department for veterans services will be a groundbreaking victory for our community that will save and change countless lives for decades and generations to come.”