On Oct. 7, Russian warships in the Caspian Sea launched cruise missiles in support of Syrian army forces as they... 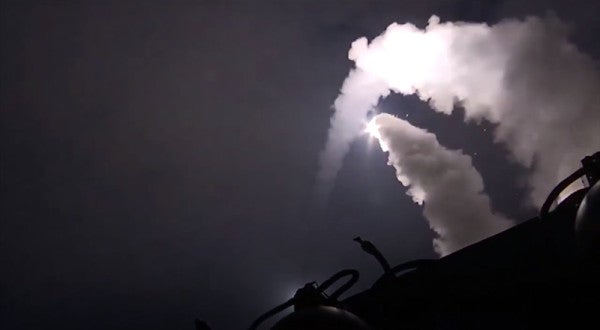 Since Moscow’s Sept. 30 intervention in Syria’s multi-faction civil war, it has launched more than 100 airstrikes against the Islamic State and factions — including U.S.-backed Syrian rebels — opposed to Syrian President Bashar al-Assad.

Though Russia’s stated aim is to fight the Islamic State forces in Syria, the U.S. and its allies contend that Russia is concentrating its firepower on other rebel groups in an attempt to keep Assad’s forces from being overrun.

“We believe Russia has the wrong strategy,” said Secretary of Defense Ashton Carter, while speaking in Rome on Oct. 6. “They continue to hit targets that are not ISIL. This is a fundamental mistake.”