The DIA Studied Warp Drives, Wormholes, And Manipulating Space-Time For Some Reason

The Defense Intelligence Agency put together a 34-page intelligence reference document for some reason that talks about warp drives, dark... 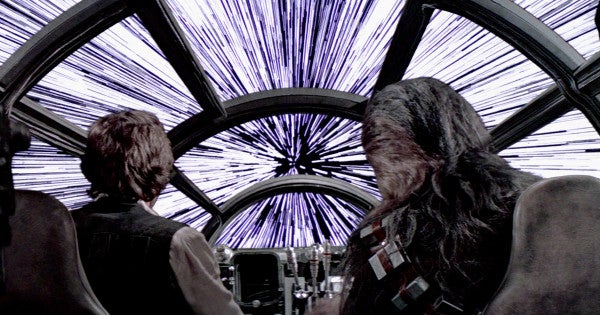 The Defense Intelligence Agency put together a 34-page intelligence reference document for some reason that talks about warp drives, dark energy, manipulating dimensions, and other terms that fall more in line with a Star Wars plot than intelligence analysis.

The document, dated April 2, 2010, and marked for official use only, was obtained by KLAS-TV and republished earlier this month at Public Intelligence. According to the Nevada television station, it was part of a trove of documents related to a scientific study of UFOs undertaken in 2007 by the Pentagon at the behest of Harry Reid, the former Senate majority leader from the Silver State.

Although the DIA report doesn't mention little green men, flying saucers, or anyone saying “take me to your leader,” it does examine space travel through worm holes and other theoretical possibilities that could lead to humans and aliens someday meeting.

“If one is to realistically entertain the notion of interstellar exploration in timeframes of а human lifespan, а dramatic shift in the traditional approach to spacecraft propulsion is necessary,” the authors write.

The paper goes on to discuss two “loopholes” in Einstein's speed limit for travel — the speed of light — that would require the manipulation of spacetime: wormholes and warp drives.

That's right, Luke Skywalker. Hand Chewie that Harris wrench over there and get the motivator cleaned up, because we're getting this hyper drive working now.

“The warp drive — the main focus of this paper — involves local manipulation of the fabric of space in the immediate vicinity of the spacecraft,” the paper says. “The basic idea is to create an asymmetric bubble of space that is contracting in front of the spacecraft while expanding behind it. Using this form of locomotion, the spacecraft remains stationary inside this 'warp bubble,' and the movement of space itself facilitates the relative motion of the spacecraft.”

This theoretical warp drive could speed astronauts, colonists, or — we can only hope — Space Marines to some far off land in minutes, rather than years.

For example, the paper says of transiting at 100 times the speed of light, one could travel from Earth to Mars in 193 seconds; to Neptune in 4 hours; or to the Orion Nebula — 1,599 light years away — in just 1.3 years. Not bad.

The $22 million study of UFOs, of which this paper was a part, was said to have ended in 2012 — although some claim the funding dried up but the research continued into 2017, according to The New York Times.

You can read the full paper here.