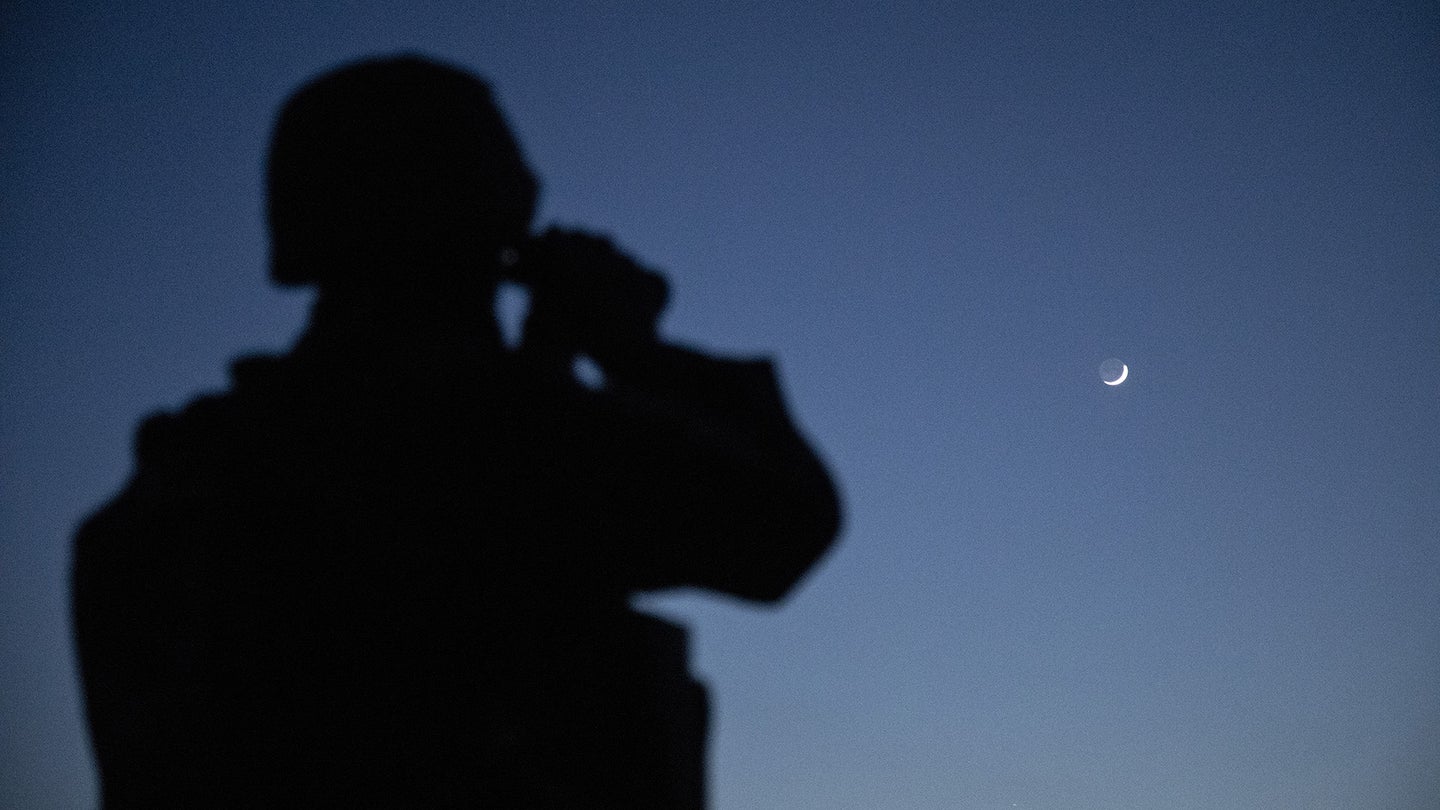 While the United States and its allies have been providing the Ukrainians with an array of sophisticated weapons since Russia launched its full-scale attack on the country in February, the Ukrainian troops on the front lines are still in desperate need of advanced infantry gear, especially night vision goggles, said an American veteran fighting in eastern Ukraine.

“Depending on the unit, the Russians are also just as poorly equipped,” said the Marine veteran, who asked to only be identified as Jason for security purposes. “So, if you took one brigade of infantry — one specialized brigade, even, of infantry — and you said: ‘Hey, we’ve got your back. Here is all of the gear that you need to operate as a modern infantry brigade’ they would steamroll the Russians.”

Jason said he has been in Ukraine for about four months. He is currently part of a reconnaissance element that is attached to a Ukrainian mechanized infantry brigade. He is in Ukraine’s Donets Basin — known as the Donbas — where the Ukrainians are dug into 6-foot-deep trenches.

Among Ukrainian troops’ most pressing needs are equipment that will allow them to better fight at night, Jason said. The few pairs of night vision goggles that Ukrainian forces have are first or second generation, which only allow the Ukrainians to see about 5 feet in front of them.

Without thermals, modern night vision goggles, and infrared lasers, many missions become impossible to carry out at night including observation and night patrols, he said.

“A few days ago, one of our positions heard a Russian patrol less than 50 meters from their observation position in the night, but could not engage due to no visibility,” Jason said. “It appeared the next day that the patrol was laying mines.”

The Defense Department’s most recent list of military assistance to Ukraine says that the United States has already sent “thousands of night vision devices, thermal imagery systems, optics, and laser rangefinders” to Ukraine.

“At every point of this conflict, we have been focused on getting the Ukrainians what they need depending on the evolving conditions on the battlefield,” said Marine Lt. Col. Anton Semelroth, a Pentagon spokesman. “The Department of Defense along with our Allies and partners remain in close contact with the Ukrainian Ministry of Defence. However, for specific questions, I refer you to the Government of Ukraine.”

Many Ukrainian troops are trying to protect themselves with steel plates, which rifle rounds can penetrate, and they are wearing Chinese-knockoff flak jackets and other tactical gear, such as magazine pouches, that are inferior to what U.S. and other western militaries are equipped with, he said.

Jason said the Ukrainians initially issued him with an AK-74 that did not have any sort of rail system to allow him to add optics and other accessories.

“That’s honestly what the majority of basic infantry carries here,” Jason said. “Some more specialized units have AKs with rails and some people have bought rails for their own thing. Now we’ve moved to CZ Bren 2s, so we have that rail capability and have optics that we’ve purchased ourselves.”

U.S. military assistance to Ukraine should include infantry weapons that either have a rail system or can be modified to have one, in part so the Ukrainians can add infrared lasers, which are essential for fighting at night, he said.

The United States has provided Ukrainian troops with Javelin missiles, which have proven to be effective against Russian tanks, but Jason said the Ukrainians need more Command Launch Units, which identify targets for the Javelins and can be used separately as portable thermal sights.

Encrypted radios are in short supply and the Ukrainians need more counter-drone technology because the Russians are using unmanned aircraft as forward observers for their artillery, he said.

Jason argued that the United States and its allies need to focus on equipping individual Ukrainian units with advanced infantry gear to make them more combat effective.

“What we need is a whole kit for X number of troops,” Jason said. “Pick a brigade that’s in the absolute worst shit right now like in Severodonetsk. Pick a brigade and fully supply that whole brigade: So, give them NVGs [night vision goggles]; give them good weapons; give them lasers, drone jammers, all of that, like fully kit them out — and that brigade will be fully functional now.”

U.S. officials have described the war in eastern Ukraine as an artillery duel, but Jason stressed how important infantry is to the fight.

“Artillery and air — and even tanks — don’t hold ground,” Jason said. “Infantry holds ground, and right now the ebb and flow of the lines is basically one side or the other saying: ‘Hey, we’ve been shelled too much; we have to withdraw now.’ Very rarely is it a direct assault onto the line.”