At the beginning of 2017, the U.S. Army changed regulations to allow Sikh soldiers to grow beards under a religious … Continued 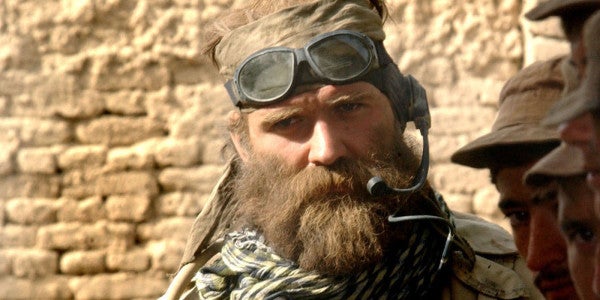 At the beginning of 2017, the U.S. Army changed regulations to allow Sikh soldiers to grow beards under a religious exemption to male grooming standards. The surprise decision naturally inspired some service members to wonder, “If a small group can get an exception to the rules and grow beards because of their deeply held religious beliefs, why can’t I grow one because I think it looks badass?”

The Army has since vacillated on the question. After a spokesman for the assistant secretary of the Army – Manpower & Reserve Affairs told Task & Purpose beards were officially off the table in November, Sgt. Maj. of the Army Dan Dailey insisted that the new Army Secretary Mark Esper had not yet made a decision.

Let’s make this easy for Army brass: As long as you’re considering allowing any old soldier to look like Grizzly Adams, you may as well look at allowing dental grills, earrings for men, and nose rings. Hell, mullets will eventually come back into style. Why not authorize those, too? As long as we’re just accommodating the fashion trends of the moment, why the hell not?

I know, I know: What about the members of America’s special operations forces? Even the odd civilian who slept through Zero Dark Thirty or Lone Survivor is obsessed with commandos’ flamboyant whiskers that signal not only their experience, but their superiority over the baby-faced infantry.

Not that long ago, a beard marked a wearer as either a member of a southern rock band or someone with a deep desire to appear eccentric. Then 9/11 happened, and American special operators deployed to central Asia and the Middle East in unprecedented numbers. The rapid successes of those unconventional forces, especially in the early days of Operation Enduring Freedom, made them heroes — and, eventually, fashion icons. Pretty soon, the beard became part of the “veterans’ uniform,” along with a well-worn, vaguely vintage baseball cap and an obnoxious t-shirt. At this point, the only thing separating some vets from hipsters is wearing cargo pants instead of skinny jeans.

Now, even civilians try to pull off the look, praying that a particularly aggressive crumb catcher will make up for their lack of upper body strength and hard-on for wanton violence. But unfortunately, as guys like Seb Gorka have found, merely possessing enough testosterone to grow facial hair does not make you an alpha male. The ubiquity of scraggly beards among embarrassing keyboard warriors has only sullied the hallowed relationship between real operators and their prized fanny dusters.

Some of you have undoubtedly asked yourselves the question, “Would I look good with a beard?” If you actually have to ponder that question, the answer is no. There are generally two groups of men who look better with beards: those who’ve had disfiguring facial injuries and U.S. presidents named Abraham.

I’m not talking about a few days stubble from a shave vacation on a weekend or leave: that’s just expediency with a hint of laziness, not a trendy facial exploration. Besides, a neatly trimmed beard is way more work than just shaving. That’s what any possible change to the rules would ultimately mandate with its change to beard regs; high standards in grooming are part of military discipline. Sorry, but your dreams of going full-on ZZ Top just aren’t going to happen, no matter how hard you pray. Hardly worth it, really.

Is there room for things to change? Yes. Military grooming and uniform standards do change with the times: We don’t wear dress uniforms or ties into battle anymore, we don’t have huge mustaches and sideburns like Civil War generals, and unfortunately, we don’t get to rock cocked covers and a full head of hair slicked back with Brylcreem while single-handedly mowing down German troops with a machine gun like Audie Murphy.

Maybe the day for bringing beards back will come. But it needs to come because the society and the military have actually changed, not just because every teenager who saw ZDT thinks that room-clearing while cosplaying Duck Dynasty makes war look awesome. If in 10 years, we have become a fully, or, uh, at least half, bearded society, it will be time to change. But if, we look at this era of peak beard with the same ridicule with which we now look upon mullets and pegged jeans, then we’ll all breathe a sigh of relief we didn’t abandon our military standards in a moment of weakness.