I dreamed of becoming a Marine my entire life. Then I learned I was undocumented

"I couldn’t work legally. I couldn’t get a driver’s license. Worst of all, I was prohibited from defending my country." 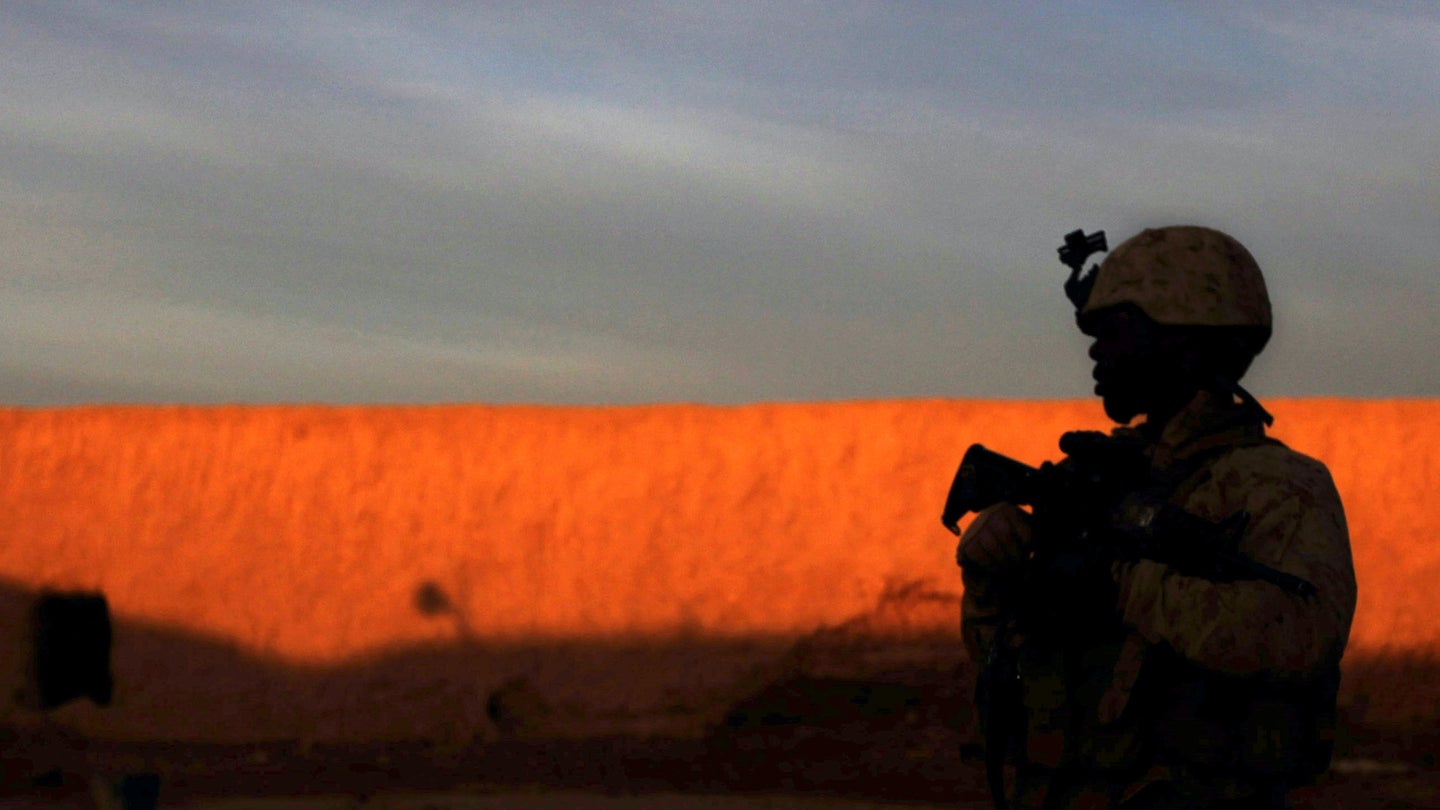 As a young child, I was always fascinated by the U.S. Marine Corps. When I read about how the Germans called the 6th Regiment “Devil Dogs” during World War I, I knew they must have been the bravest, most daring warfighters  in the world.

Then 9/11 happened. I was 11 years old, and I’ll never forget hearing my mother sob in her bedroom as she watched the TV coverage of victims falling from the World Trade Center. At school, my teachers were visibly shaken. Our country had been attacked, and the sense of safety we’d taken for granted vanished. I was certain the Devil Dogs must have felt as angry as I did that day; real patriots do not let terrorists hurt the people they love. I vowed to join the Marine Corps as soon as I graduated from high school.

In the years that followed, I read everything I could about the brotherhood of the Marine Corps. I was dead set on joining a tank unit and had researched a fuel depot in Yuma, Arizona, which was less than three hours from my home in Phoenix. I admired the engineering of the M1 Abrams main battle tank.

I got goosebumps the day a Marine recruiter came to my high school my senior year in his dress blues. I asked if I could talk to him after school about the next steps to enlist. As we walked out of the main entrance to his car, he asked where I had been born. “Mexico,” I said, adding. “But I came here when I was two years old.”

When he asked if I had my green card, I shook my head. Then he said the words that have devastated me for more than 13 years: “Don’t waste your time.”

I immediately ran home to ask my mother about my immigration status. For the past few years, whenever I asked for my Social Security number to apply to summer jobs or a corporate internship program at school,” she’d always said that our family’s citizenship application was “in process.”

That bitter afternoon, she finally revealed the truth: There was no “process.” I was undocumented.

I was stunned. Before then, I never had any idea what being undocumented meant—or that I was part of a group of people who had to live in the “shadows” without being “legal.” As I came to understand the consequences, I grew increasingly depressed. I couldn’t work legally. I wasn’t eligible for in-state tuition in Arizona. I couldn’t get a driver’s license. Worst of all, I was prohibited from defending my country.

I’d never been a particularly good student, but during those last few months of high school, I struggled to finish my assignments. I remember saying goodbye to my girlfriend when she got on the bus to go to basic training. We’d hoped to enlist in the Corps together and spent many months fantasizing about what that would be like.

I spent the next few years working construction jobs with my father. I couldn’t shake the bitter disappointment: I felt American at my very core, but I couldn’t fight for America. It made no sense to me. This was the only country I loved. It was the only country I knew. I’d never been to Mexico, had never even left the United States. If I wasn’t American through and through, then why would I have been called to join the Marines? When those planes crashed into the towers, why did it feel like my own heart had been assaulted? And yet, the country I loved had rejected me.

In 2012, when I was 21, I found a new way to be a patriot: Helping protect our democracy. That’s when the Deferred Action for Childhood Arrivals —or DACA— was  announced. The program currently shields about 700,000 Dreamers —undocumented immigrants who came to the United States as children —  from deportation and gives us the right to work. I’d spent the last few years volunteering to knock on thousands of doors for the Democratic Party. The irony of this situation wasn’t lost on me: I was encouraging other people to vote, even though I could not.

I was then hired at Phoenix City Hall as a community outreach director. I was so grateful to finally be part of the system. For the first time in my life, I had a recognized place in American society. I also had health insurance and was able to visit a dentist. Just a few years ago, the U.S. Supreme Court ruled that Arizona should give us Dreamers the chance to apply for driver’s licenses. It felt great to finally get mine after all this time.

I’m one of 1.2 million DACA-eligible young immigrants who have gone to American schools and nurtured American dreams, dreams like joining the Marine Corps We are going to college, starting businesses, working on COVID-19 wards, supporting our families and paying taxes. Nearly half of this group is working in essential industries, including 62,000 employed in health care alone, according to New American Economy.

All of us hope that Congress will finally recognize our contributions and give us a pathway to citizenship—and, along with it, the right to protect our country freely and honorably.

Until that day, I will continue to act like an American. Even in my mid-20s, I still pursued my dreams of joining the Corps. I visited a recruiter a second time and asked if it was possible to serve on a conditional basis as a way to earn my citizenship. I’d heard about a program called Military Accessions Vital to the National Interest—or MANVI—that allows undocumented immigrants with language or medical skills to enlist and be fast-tracked for citizenship, but it’s not an easy option. The Trump administration suspended the program in 2016, and although it was reinstated, many people who were approved to serve years ago are still waiting. But even if I’d applied for MAVNI, I learned that I wouldn’t have qualified: I’d aged out of the recruitment window.

Five years ago, I started La Machine Field Operations, a political campaign consulting firm. We have six full-time staff employees – four of whom are American-born – and hired dozens of Phoenix high school students during the last election. We canvas neighborhoods, collect signatures and coordinate volunteers to help out with local, state and Congressional elections.

One of my proudest moments was helping elect Ruben Gallego to the U.S. House of Representatives in 2014. I was deeply honored to support this distinguished Iraq combat veteran who served with the Lima Company, 3rd Battalion, 25th Marine —one of the heaviest hit units during the war. Gallego now fights for veterans’ medical care in Washington, D.C. as a member of Congress.

My staff and I worked hard on his first campaign, and we actively support his re-election every two years. I never got to realize my dream of joining the Corps, but in fighting for Gallego—for veterans and for the values of our democracy—I’ve served my country as best I can. For now. Only Congress can allow me to complete my mission: swear my allegiance to the United States of America and obtain true legal status to match what is in my heart.

Tony Valdovinos is a DACA recipient and owner of La Machine Field Operations in Phoenix.