‘Hooligans Of Kandahar’ Is The War Memoir We Need Right Now

I am not a fan of war memoirs, especially for wars I’ve been involved in. Reading about someone’s experiences in... 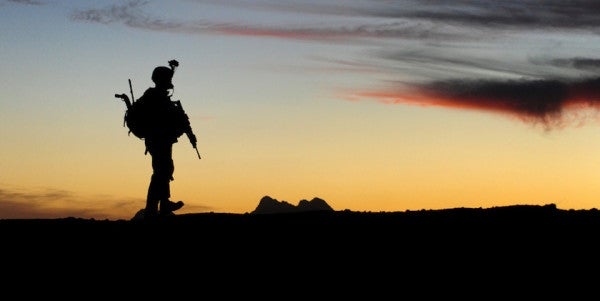 I am not a fan of war memoirs, especially for wars I’ve been involved in. Reading about someone’s experiences in Afghanistan in 2011 when I was fighting that same war in 2004 leaves me more depressed about the state of American foreign policy than inspired. It seems every Navy SEAL or general officer who ever sniffed a burn pit churns out a book or two after their deployments, filled with fluffy language about the greatest men they ever served with; then there are the books politicians write about the lessons they learned passing around bits of paper in the Tactical Operations Center for a year.

The War on Terror has been in need of a new treatment, one that strips away the puffed-up talk of the professional soldier selling you on their glorified chunk of a war they did nothing to improve upon. And Joe Kassabian delivers that in Hooligans of Kandahar.

Kassabian enlisted in the Army to drive tanks and instead found himself, like many other combat soldiers, filling the role of infantry in southern Afghanistan. He writes fondly about his combat team, nicknamed the Hooligans by their squad leader Slim with a simple observation: “Y’all mother fuckers are some hooligans.”

“After taking over our squad from some totally incompetent jackass, he quickly saw the only thing we were good at was shooting at shit and getting arrested,” Kassabian says of their ever suffering leader. In a combat role, you can’t really ask for much more than that.

If you spent some time on active duty in the last decade, you know who the Hooligans are. Maybe they were in your sister squad, maybe your own, from the first chapter of the book, Kassabian describes everyone you remember from your time in the military: The guy who fell off the back of the hay truck, the father figure who tried like hell to keep you all in line, the guy who you couldn’t be left alone and bored or he might set something on fire. There’s a reason war movies lean heavily on stereotypes: the military is an incredibly diverse population of the exact same people.

Hooligans of Kandahar is the book that no one asked for but is desperately needed. The stories and language are raw because it tells a truth about war few have the courage to tell, a courage born from not having an agenda to push. Between the hilarious stories are the ones many veterans keep to themselves: the feeling of being lost when home on leave because you’re in a world that isn’t made for you or your experiences, and of frustration after missions end with the bad guy simply walking away because command tells you not today. In one chapter appropriately titled “Spartan Base and the Descent into Madness,” Kassabian learns about the proclivity of Afghan police to smuggle young boys onto the base to use as sex slaves and how the soldiers they were joining gave up on trying to stop the act:

“You gave up…on child sex slaves living next door?” I was baffled. I had seen some seriously messed-up stuff in Afghanistan, but never something like this. Rick looked irritated that I was blaming the atrocity on him, which I was. “Sorry, I know it’s not on you,” I said through gritted teeth. Rick just nodded. He lit a cigarette and moved on with our tour.

It’s not all doom and gloom though; war is hell, but that doesn’t mean you can’t have fun with it. Between stories of melancholy and terror, Kassabian weaves lighthearted tales of his friends and teammates. In one chapter, they speak of the Memphis Blues, a sickness that ran through the platoon which sounds like dysentery and an exorcism had a plague baby. Of course, sickness doesn’t mean the war stops, and at it turns out Kiowa Warrior helos see…everything.

Be advised, there is an armed…pants-less man in the bushes about fifty meters to your squad’s rear,” came a report from a recon helicopter. Which you may think absurd, but you can never tell where an improvised explosive device may be stashed. Fortunately for the squad, it was just their medic dealing with the Memphis Blues. The pilot had used his multi-million-dollar piece of weaponry to see their poor, sick medic shitting his brains out in the bushes behind us.

War makes for absurdity, but what’s important is proper counterinsurgency and the winning of Hearts and Minds. After stealing a goat from a fellow soldier who had the plan to fatten them up for Thanksgiving, Kassabian and his squadmates decide to slaughter it for cooking to share with the Afghan police. Incredibly, they manage to be culturally sensitive and complete assholes at the same time.

“Cutting an animal’s throat and bleeding it out was the only way the Afghans would eat with us. We also made sure it was facing Mecca while we did it,” he writes, understanding that to truly win over of the local population one must immerse themselves in the culture. “Making a counterfeit Jihadist execution video of Walt’s goat to send to him was just a theatrical bonus.” Look, you can only expect so much out of an enlisted tank driver.

For those of you wondering if this is a book for you, Hooligans is going to be an important part of the history of the War on Terror. You won’t find many books willing to give you an unfiltered snapshot of the ground pounders in Afghanistan. The language is coarse and the stories aren’t politically correct because there’s no reason to lie to the reader. After all, Kassabian has no agenda to push on you, just a story to tell about his personal piece of war.

It just so happens that it sounds like the war I went to in 2004. And again in 2009. Where every day is the same until you go home and find the war you left refuses to leave you. This is Kassabian’s truth. It’s my truth. It’s the truth of tens of thousands of veterans over nearly twenty years of war, and you owe it to yourself to know that truth.

Joe Kassabian has a history podcast called Lions Led by Donkeys in which he and his co-host mock the worst commanders, weapons, and ideas throughout the history of war. Listen to an interview with Joe Kassabian about Hooligans of Kandahar on the podcast What a Hell of a Way To Die