This Gun Lets You Hijack Drones Right Out Of The Sky

It’s a bird, it’s a plane, it’s … a drone. With record numbers of cheap, high-tech drones hitting the shelves... 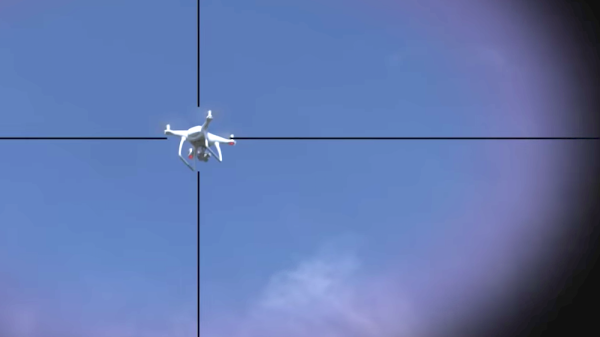 It’s a bird, it’s a plane, it’s … a drone. With record numbers of cheap, high-tech drones hitting the shelves this Christmas, you can bet that the sky will be lit up with these menacing miniature aircraft soon. However, the drone detection company Droneshield has a solution.

The company’s 13-pound Dronegun Tactical Jammer lets users hijack drones straight out of the sky from up to 1.2 miles away, while their operators are none the wiser. The gun essentially lets you take out the drone without destroying it. Instead, it just forces it to land.

Unfortunately, they aren’t exactly legal… yet. It's not FCC-certified, so you can't buy or operate one in the United States, but maybe soon.