There may be no better indicator of affection than a nickname. As Americans, we nickname politicians, celebrities, and family members,... 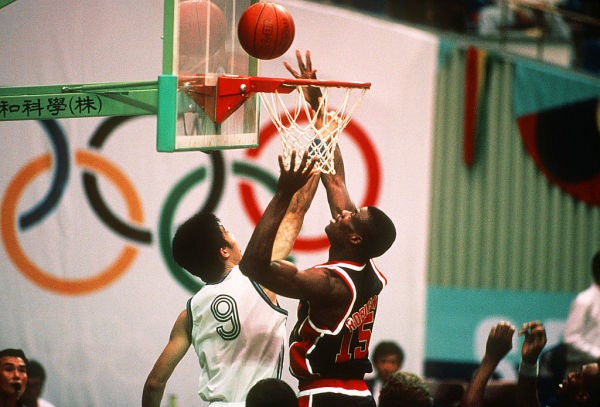 There may be no better indicator of affection than a nickname. As Americans, we nickname politicians, celebrities, and family members, but we may not like to nickname any group more than sports stars. Maybe it’s the media or mainstream marketing, but we love nicknaming athletes.

Working here at Task & Purpose got me thinking about the best military-themed athlete nicknames of all-time. Apologies go out to my beloved Bronx Bombers, this list is just players, not teams.

Here are the 10 best military-themed nicknames in sports.

The Cincinnati Bengals’ Andy Dalton has many years left to change his reputation as a NFL quarterback that can’t get it done in the big game, but as long as he has red hair and a strong arm he’s not changing this nickname.

Appropriately named for his thick frame and punishing bull-rush technique, Terry “Tank” Johnson never quite lived up to his hype as a brick-house defensive lineman. Misdemeanor gun charges and domestic abuse issues ultimately marred his playing career, but anyone with the nickname “Tank” has to be on this list.

Robert Remus gained the nickname Sgt. Slaughter when he started wearing his now trademark dark sunglasses, large hat, and Vietnam War-era military fatigues. Best known for his rivalry with the Iranian wrestler, Iron Sheik, the two met in the famous “boot camp” match at Madison Square Garden in 1984. After that, Sgt. Slaughter could be seen everywhere, branching out the character from wrestling to animated TV, comics, and even became a toy in the G.I. Joe series.

The Rocket, The Missile, and The Bomb

Sharing a spot on the list are the brothers Ismail: Raghib The Rocket; Qadry The Missile; and Sulaiman The Bomb.

Although never making it big in the NFL, the Ismails surely did leave an impression on college football. During his 1990 Heisman runner-up season at Notre Dame, Raghib’s dynamic speed and playmaking ability made Rocket Ismail a household nickname. Qadry made his own mark at Syracuse University with his 4.3-second 40-yard dash speed and big play ability. The Missile is a legend in his own right at the upstate New York school. As for Sulaiman The Bomb, he played sparingly at the University of Texas-El Paso and in the Arena League, but most likely got this nickname just to round out the brothers’ trifecta.

The nickname stars aligned for Andrei Kirilenko on this one. Think about it, a Russian assault weapon with the name AK-47 becomes immensely popular. Then a Russian basketball player with the initials A. K. becomes a popular player in the NBA and wears jersey number 47.

Kirilenko put together a decent career, getting to the NBA all-star game in 2004 and winning a bronze medal with Russia at the 2012 London Olympics.

Another nickname for fast guys. There have been multiple athletes to receive “The Jet” label, most notably basketball players Kenny “The Jet” Smith and Jason “The Jet” Terry. Kenny Smith earned the name because he was a great shooter who would take off on a hot streak, while Terry earned it from his initials Jason Eugene Terry. My dad is still trying to get Yankees outfielder Brett “The Jet” Gardner to catch on.

Easily considered one of the best college hoops coaches ever, Bob Knight ran his teams with the fire and passion of a military leader. After enlisting in the Army in 1963, he soon became the Army head basketball coach at the age of 24. He went on to lead Indiana to three national championships over 30 years, and finished out his tumultuous coaching career with Texas Tech in 2006. Now he can be seen on television as a college basketball analyst from time to time.

The Minister of Defense

Like a great military leader, the late Reggie White commanded respect when he stepped on the gridiron. Thirteen Pro-Bowls and 198 sacks later, he is remembered as one of the NFL’s greatest players. He actually became an Evangelical minister and, of course, his crushing defensive prowess on the field led to his nickname.

So named for his jump shot, which had a quick, from-the-hip release like a pistol from a holster, Pete Maravich revolutionized the game of basketball with his insane ball handling and the seemingly limitless range on his sniper-like shot. His legend is solidified by some amazing stats, most notably that he is the all-time leading National Collegiate Athletic Association Division I scorer with 3,667 points, in only three seasons, and an average of 44.2 points per game. All this before the three-point line and shot clock were introduced.

Before David Robinson was a 10-time NBA all star and two-time Olympic champion, he served two years in the Navy as a civil engineering officer at the Naval Submarine Base Kings Bay in Georgia.

To this day, he is the only player from the Navy to ever play in the NBA. He led the Midshipmen to the Elite Eight in 1986 and eventually was the number-one draft pick of the San Antonio Spurs in 1987, but had to wait two years to fulfill his active-duty obligations. By the time he was ready for the challenges of pro basketball, Robinson had a rank of lieutenant junior grade and never actually reached the rank of admiral.