The Chinese Military Is Afraid Of A Disney Movie

Disney’s animated buddy-cop movie, “Zootopia,” which features a tenacious rabbit who fulfills her childhood dream of becoming the first rabbit... 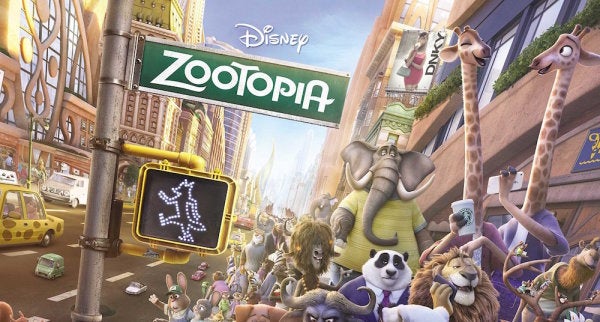 Disney’s animated buddy-cop movie, “Zootopia,” which features a tenacious rabbit who fulfills her childhood dream of becoming the first rabbit officer in her city’s police department, is seemingly devoid of agenda. But apparently in China, even a cartoon rabbit-girl living the “American Dream” is threatening enough to destabilize the government.

In fact, the Chinese military recently deemed Disney’s “Zootopia” as a dangerous piece of American propaganda in a publication called the “People’s Liberation Army Daily.

Many have taken to social media outlets like Twitter to suggest that the commentary on “Zootopia” is absurd. Some have called China’s own cartoons “brain-damaged,” while others simply believe it’s a jealousy issue about Disney’s ability to create better movies.

The publication, however, claims that Disney is exposing viewers to the Western ideals and the dangerous “American Dream.”

Wang Chuanbao, a professor at the military-backed Nanjing Institute of Politics wrote, “[Zootopia] has no obvious hostile propaganda, no deliberate distortions, which makes it easier to lose one’s vigilance,” according to the LA Times.

The People’s Liberation Army is often concerned about American media — Hollywood especially — serving as a vehicle of westernize propaganda that is detrimental to Chinese political values. They have decried video games like “Call of Duty 8” and “Battlefield 4” for being overt forms of propaganda.

He goes on to suggest that a movie like “Zootopia” is just as dangerous, if not more because the themes are so subtle that viewers don’t even realize it.

The movie, which was released by Disney Animation Studios in March, has grossed more than $230 million in China.

So it appears that while the People’s Liberation Army is firmly against dangerous rabbit movies, Chinese people and their wallets don’t care.