Editor’s Note: This article has been modified from its original version, which was published on “Beyond the Objective,” a blog... 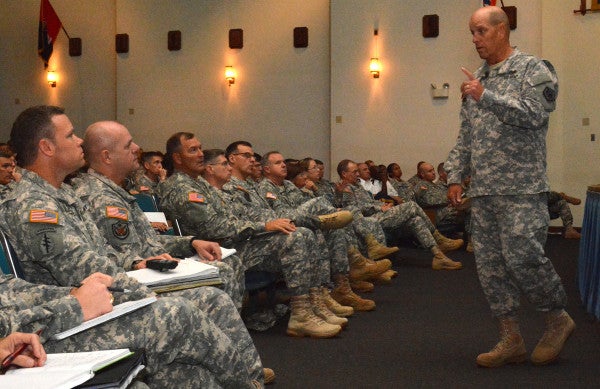 Editor’s Note: This article has been modified from its original version, which was published on “Beyond the Objective,” a blog by Doctrine Man.

Note on suspension of disbelief: This quick piece is not intended to address the political preferences inherent in the television content discussed below. I left my political biases at the door, and I hope you can do the same.

I was recently drawn into the television show “The Newsroom,” a fictional series created by Aaron Sorkin based around the tensions and choices made when covering the news (at least from the perspective of a cable news channel). What struck me about this show was not the sexual drama (everyone is sleeping with or dating everyone else at some point), the shifting existential crises of the main characters in every show, or even the political commentary inherent in the message of each show . The overall theme of the show is the challenge of treading the fine line between journalistic responsibility and making money for parent corporations to remain on the air. Instead, I was struck that every show contained a healthy dose of mentorship, and not the feel-good, “I’m a commander and I just gave great career advice to a subordinate in a scheduled counseling” kind of way.

The beauty of any Sorkin television drama — something I didn’t realize until I had this epiphany about “The Newsroom” and went back to look at his other shows like “The West Wing” and “Sports Night ” — is his coverage of the varied dynamics of mentorship: ambition, loyalty, frustration, intellectual engagement, self-identification, discipline, flexibility, fear for the success of a cause, desire to leave your job/profession better than you found it, personal investment in others, self-sacrifice, and even pride.

No matter what sanitized version of mentorship the military vomits into its doctrine, or even worse, the personnel technocrats warp into an “official” program, mentorship is a relationship. It is an in-depth, long-term personal connection between two people who have an asymmetry in either knowledge or skills — rank matters not. Mentorship only occurs if there’s a personal spark between two people ; both the mentor and the protege have to believe the other is worth spending time on and with.

In “The Newsroom,” the more experienced leaders in the organization are constantly balancing the conflicting drivers of mentorship. They attempt to achieve their selfish visions for themselves and their profession (I particularly appreciate the humble and arrogant aspects of the main character’s “mission to civilize” and constant allusions to Don Quixote), pushing those around them, failing as role models, sometimes taking responsibility for others’ actions, making them suffer the consequences of others, and passing on both the successes and failures in their own actions. Above all, they do their best to shape the choices and knowledge of their proteges so that they will be successful. Mentorship is a daily interaction and constant relationship that is fraught with successes and failures.

It’s a shame the military has not received similar treatment on mentorship as shows like this. I think it would give a much better window into what the military is, and isn’t, for society as a whole, as well as allow those serving to see how fluid and difficult leadership and mentorship truly is.

For what it’s worth, here are some aspects I think are ripe for portrayal on the small screen, and items that the military services and service members have yet to grapple with.

1. The effect of both “toxic” and phenomenal leaders on their subordinates .

Imagine a show that spent significant time on what types of leaders “mentors,” like former Brig. Gen. Jeffrey Sinclair, created in their wake. I’d posit his negative brand of mentorship and negative example as a role model would be a great foil for exploring the opposite, positive example, as well.

2. The difficulty in balancing time, work, family, and mentoring .

Like any relationship, mentoring takes significant time and energy and could be used to highlight the difficulties in work-life balance (and how mentorship falls right in between life and work).

3. The challenges in working up through an ossified bureaucracy.

No matter how influential and supportive a mentor may be, he or she cannot influence a system built on fairness over effectiveness. In-depth treatment of our personnel system and how mentors help proteges navigate them would be intriguing.

4. The personal reasons for continuing (or leaving) military service .

There are plenty of disheartening and vitriol-laden screeds on how the military services are “bleeding talent,” as well as numerous success stories of veterans who left the service and went on to serve their country in other ways. Treatment on the dynamics of such a decision would provide a phenomenal window into why people serve, how they transition when that service is complete, and where mentors fit into that process. How many mentors do you know that gave up their relationship with their proteges when they found out they were taking off the uniform (or, God-forbid, leaving a basic branch)?

There are dozens more dynamics that could be addressed in such a series. And while Hollywood would likely get a lot wrong in portraying our military, a true look at mentorship as a flawed and personal relationship with little effect on the bureaucracy is something that is way overdue.