An aging reporter ruminates on covering the military over two decades

If wisdom comes with age, then one thing this reporter has learned from covering troops for years is this: There are no turning points. That means anyone who claims Afghanistan has "turned the corner" or "a dark and painful era" in Iraqi history has ended either doesn't grasp the nature of the post 9/11 wars or is too afraid of failure to tell the truth. 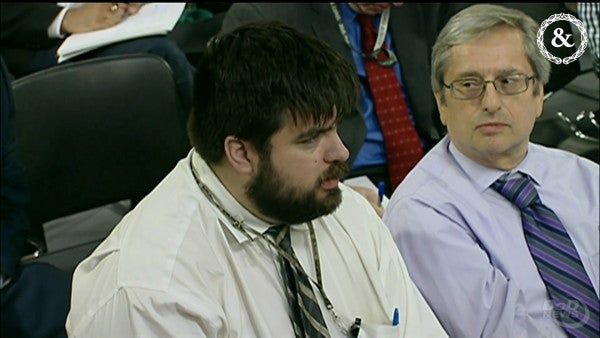 It's time for your friend and humble narrator to have a mid-life crisis. Should I, for example, post a video of myself doing the 22 Pushup Challenge whilst clad only in a thong? Probably not.

On Sunday, this reporter turns 40, the pinnacle of midlife. It's a moment where God looks you in the eye and says: “It's all downhill from here. From diapers you came and to diapers you will soon return.”

For nearly half of my life, I've covered the military: First as a local reporter in Easton, Pennsylvania, and then full time in Washington, D.C. In that time, U.S. troops have been stuck in a never-ending nightmare of wars without end, made all the worse by an indifferent Congress, which ceded any authority it had over the use of military force in 2001 and never looked back.

If wisdom comes with age, then one thing this reporter has learned from covering troops for years is this: There are no turning points. That means anyone who claims Afghanistan has “turned the corner” or “a dark and painful era” in Iraqi history has ended either doesn't grasp the nature of the post 9/11 wars or is too afraid of failure to tell the truth.

When U.S. troops captured Saddam Hussein, my assignment was to observe the family of a service member deployed to Iraq as they watched President George W. Bush's television address, in which he proclaimed, “All Iraqis can now come together and reject violence and build a new Iraq.”

They didn't, but I was naïve enough at the time to hope things would get better.

Back when I was a teenager, my father told me about the time he wrote a similar story as a reporter during the Vietnam War. He was with the family of a service member who was missing in action as they watched a televised speech by President Richard Nixon. They thought Nixon was going to say the war was over, but instead he announced an escalation in the conflict.

When the war finally ended, the family's son was not among the prisoners of war who returned. A local politician held a ceremony to present missing service member's father with his son's medals. My dad recalled how the man said: “I don't want the f***king medals. I want my son.”

“It was a terrible time,” my father said, trailing off. “Terrible.”

He was trying to tell me something. I was too young to hear him.

But life is too short to dwell on the sad times and over the past two decades, your friend and humble narrator has enjoyed asking military officials about lighter topics, such as whether the Air Force will buy the hydrogen-powered iPlane that Kayne West recommended President Donald Trump use.

Just recently, this reporter received a beautiful response from George Lucas' spokespeople declining to respond to a question about whether the U.S. military's interest in space could lead to the types of conflicts he portrayed in the original “Star Wars” movies. (The prequels do not exist.)

“Outside of a few passion projects that Mr. Lucas is otherwise committed to since retiring, he has scaled back considerably on speaking engagements, interviews and public appearances and will not be available to participate,” a spokesperson said via email. “While your request was given proper consideration, we do hope for your understanding.”

If only defense officials could pretend to care like that.

Despite writing about troops for nearly 20 years, yours truly has never been a true “war correspondent,” defined as someone who looks suave in a mix of tactical gear, personally tailored cargo pants, and tight-fitting T-shirts.

No, your humble Pentagon correspondent looks more like a Teenage Mutant Ninja Turtle when kitted out with body armor, a helmet, and green duffel. This reporter also showed up to Iraq in the summer of 2009 with a massive gut that was the envy of FOBBITs everywhere.

Since we've established that wars no longer end, you can expect this reporter to continue covering the military and its misadventures for the foreseeable future, because every time the U.S. government decides to liberate some oppressed people, it's the men and women in uniform along with their families who answer the call. Their stories need to be told.

For me, writing about those who go to war isn't just a job. It's an honor.

SEE ALSO: Inside The Splendor And The Glory Of The Pentagon's Secret Fighter Pilot Bar