Just weeks after 'Extraction' blew audiences — and a ton of armed bad guys — away, Netflix's hybrid action-escape shoot-em-up is already locked in for a sequel 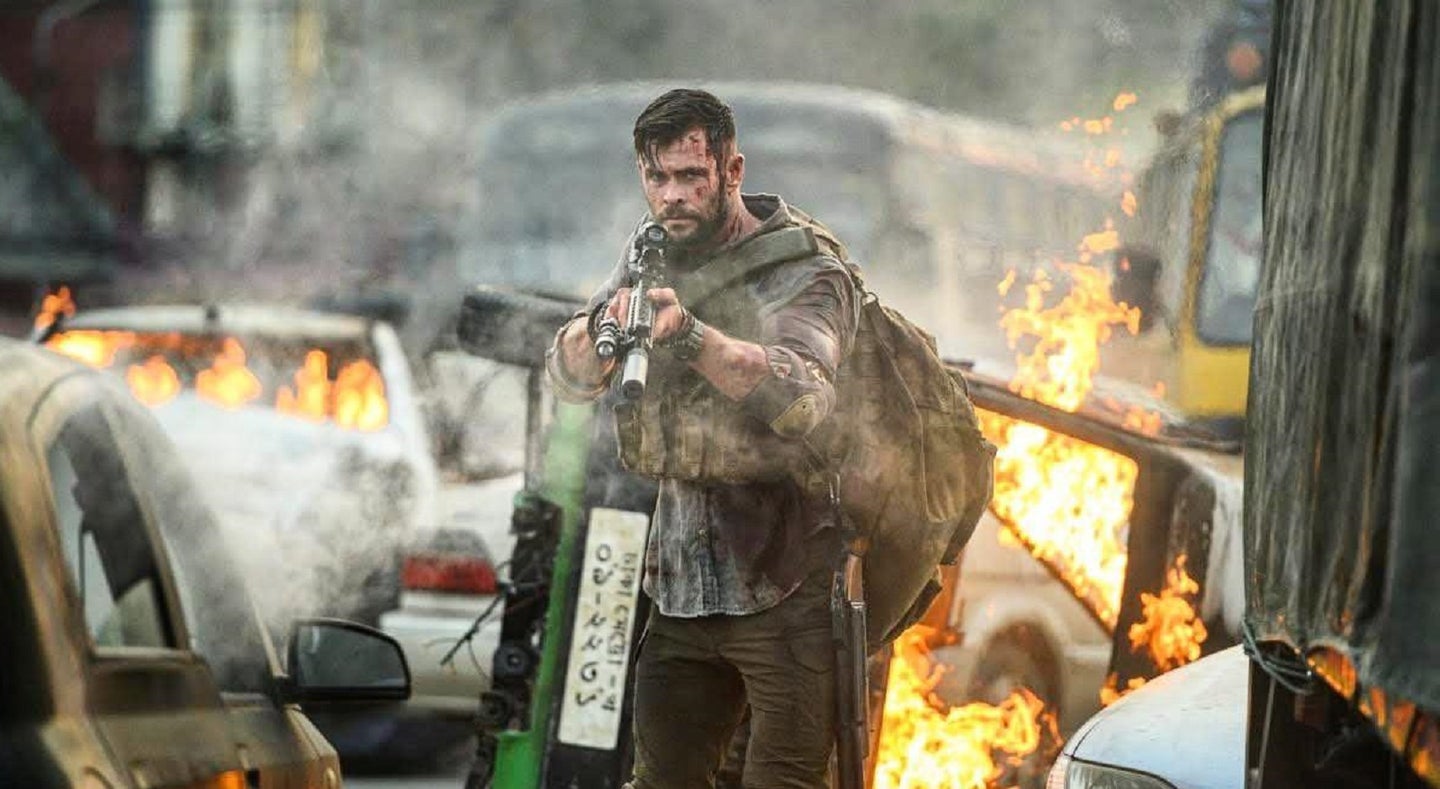 Just weeks after Extraction blew audiences — and a ton of armed bad guys — away, Netflix's hybrid action-escape shoot-em-up is already locked in for a sequel.

Extraction debuted on the streaming service April 24 and stars Chris Hemsworth as Tyler Rake, a mercenary who specializes in suicidal rescue missions. For those who haven't seen the movie yet, here's a quick synopsis: Rake is charged with rescuing Ovi Mahajan (Rudhraksh Jaiswal), the kidnapped son of an imprisoned Indian drug lord who was taken hostage by a rival crime boss. Unsurprisingly, their plan goes to shit, and Rake, with Ovi in tow, is forced to take on an army of guns-for-hire in a desperate attempt to escape a locked-down city.

In terms of style and plot, Extraction plays like a mash-up of the popular first person shooter, Call of Duty Modern Warfare: Warzone and the 2003 military action flick The Tears of the Sun. And on May 4, Deadline confirmed that Extraction screenwriter, Joe Russo, had secured a deal for a sequel.

“The deal is closed for me to write Extraction 2, and we are in the formative stages of what the story can be,” Russo said in an exclusive interview with Deadline. “We’re not committing yet to whether that story goes forward, or backward in time. We left a big loose ending that leaves question marks for the audience.”

It's unclear at this time if Extraction director Sam Hargrave will return and if he'll be joined by Hemsworth, though the latter indicated he was open to it:

“You've made it the number one film on the planet right now,” Hemsworth said in a May 3 Instagram post. “We are blown away by the response and the support. There's been a lot of talk about sequels and prequels and all sorts of things. All I can say is, 'Who knows?' But with this kind of support it's something I'd be stoked to jump back into.”

When Extraction 2 does come out — no projected release date has been announced yet — fans of the first installment can take heart that Hargrave's involvement will bring back all the hyper-stylized violence, frenetic action, world-building, and some surprising character development, that made the first movie a hit.