“I tell military service members all the time, what they are experiencing now, the friendship, there’s no occupation in their life that they will go to where they will ever experience that relationship again." 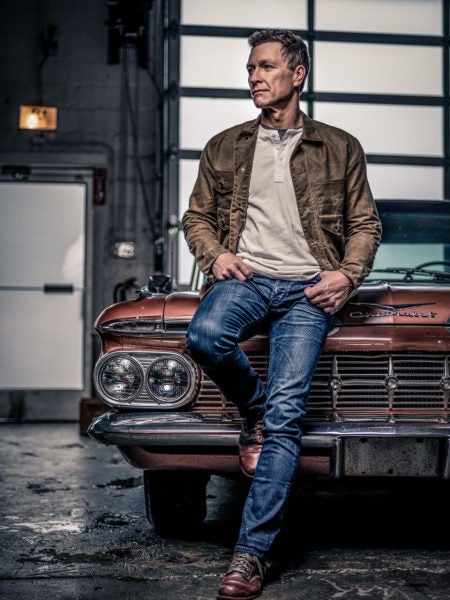 The 17-year Army veteran (including over 10 years on active duty) tragically lost his 19-year-old son Jerry in 2016, leading, for a time, to doubts about his future as a musician.

He opened up about his grief in an emotional tribute he released last year, “The Father, My Son, and the Holy Ghost.”

That song is the first track on his newest album, God, Family, Country — a nod to the three things he holds dearest — which he released on Friday, just days before Memorial Day.

So when I got a chance to talk to Morgan about the album, one question seemed obvious: As someone who was open about his own grief, was there any advice he could offer those struggling with loss this holiday weekend?

“I tell families or people that experience that loss all the time — there’s nothing I’m going to say that’s going to make them feel better,” he said, adding that he doesn’t do meet-and-greets to avoid the question. “I know that because I’m in that boat…people can’t say anything that’s gonna make us feel better.”

Morgan, who in 2018 received the Army's Outstanding Civilian Service Medal, served with the 82nd and 101st Airborne Divisions and saw deployments to Panama and Iraq. He joined the Army with a desire to “help other people in some way,” he explained, wanting to do contribute to something bigger, and “be on the winning team.”

So when two active-duty Army Rangers and aspiring country singers approached him after a show in Washington, D.C., saying they wanted to write a song together, he agreed.

That night he and the two soldiers, Justin Wright and Andrew Yacovone, bonded over “quite a few drinks,” talking about their Army careers, and lives. The result of the evening was “Sippin' on a Simple Life,” an upbeat song also found on the new album.

The experience was clearly a meaningful one for Morgan, who misses the camaraderie found in the military and the day-in, day-out nature of being on a deployment with other soldiers.

“I tell military service members all the time, what they are experiencing now, the friendship, there’s no occupation in their life that they will go to where they will ever experience that relationship again … There’s something about being with a guy who is willing to put themselves in harm’s way for you, and vice versa,” he said.

But he doesn't miss everything. Near the top of the list is, unsurprisingly, the food — even his favorite chicken alfredo MRE.