In “Youngblood,” the debut novel by Matt Gallagher, a young Army officer finds himself caught in a power struggle with... 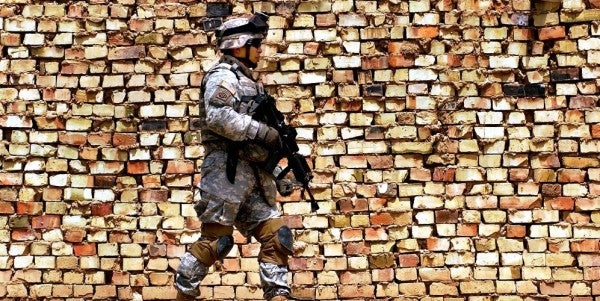 In “Youngblood,” the debut novel by Matt Gallagher, a young Army officer finds himself caught in a power struggle with his platoon sergeant, and engrossed in a mystery involving a love affair between an Iraqi woman and an American soldier.

Gallagher is a former U.S. Army captain and the author of “Kaboom,” an Iraq War memoir based on the blog he kept while deployed. Set against the backdrop of rising sectarian violence as the U.S. prepares to withdraw, Gallagher’s new novel is biting and relatable; simultaneously moving and funny.

Just as Lt. Jack Porter has come to accept that he missed the war, Staff Sgt. Daniel Chambers arrives in Ashuriyah, Iraq, as his new platoon sergeant, bringing the war with him.

A power struggle ensues between Porter and Chambers, a hard-bitten combat veteran with no patience for the new counterinsurgency doctrine that defines the battlefield of post-surge Iraq. In an effort to maintain control of his platoon, Porter begins looking into rumors that Chambers was involved in the murder of civilians during a previous tour in Ashuriyah and uncovers the Shakespearean love affair.

At times “Youngblood” feels more like pulp noir than war novel, with Porter playing the sleuthing detective, rising from bed disheveled, bags under his eyes, caused not by too much booze and back-alley dealings, but by searing desert winds, blistering heat, and endless stress.

Then, in brief but impactful snippets, Gallagher includes details that only a veteran is likely to pick up on.

“There was a ritual of donning armor, deliberate and purposeful like the warriors of old dressing for battle, but taking it off always seemed an exercise in frenzy,” writes Gallagher, as he describes in detail the numerous items that make up a soldier’s kit.

While the story is deeply engrossing, one of its greatest attributes is how Gallagher describes the incredible pressure facing soldiers to live up to their larger-than-life forebears.

“Our grandfathers had pushed back the onslaught of fascism,” Porter says to himself, a returning thought between making condolence payments to the families of dead civilians and pumping information from the town drunk. “Just what the fuck were we doing?”

Porter’s war is one where armored assaults have been replaced by ceaseless checkpoints and raids have become house calls to check on who has power — no one ever does. He sips chai and breaks bread with men who have both American and Iraqi blood on their hands, and leads a platoon of trained fighters who are expected to toe the line between diplomacy and violence.

Struggling to reconcile his expectations of war with reality, Porter can’t shake the feeling that he’s supposed to return home with stories of valor, honor, and glory, even as he wages a losing battle for control of his platoon.

“And leave my men in the charge of a fucking psychopath? Fuck that,” Porter thinks to himself, after entertaining the notion of getting transferred to a different unit. “Or leave Iraq without a Combat Infantryman Badge? Fuck that.”

In an insurgency with no front lines and no end in sight, it’s not long before combat finds him.

During an ambush, Porter and his men find themselves in a mad scramble for cover. Struggling to come up with a plan and unable to recall what the Army’s tactical manuals had to say about being sandwiched between incoming mortars and sniper fire, Porter turns to pop culture. Imitating a scene from “Band of Brothers,” he instructs his men to fall in behind an Iraqi tank, and they use it as a shield to cross the deserted street-turned no man’s land.

Gallagher’s novel toys with the boundaries between pop culture depictions of war and the reality of combat, but it also speaks to a rarely analyzed aspect of military service. Much of what we do, how we act in war, our mannerisms, and maybe even our decisions under fire are informed by, if not based on what we’ve seen on television, read in books, or watched on movie screens.

This scene, like so much of the novel, is ironic, darkly funny, and also sadly true.